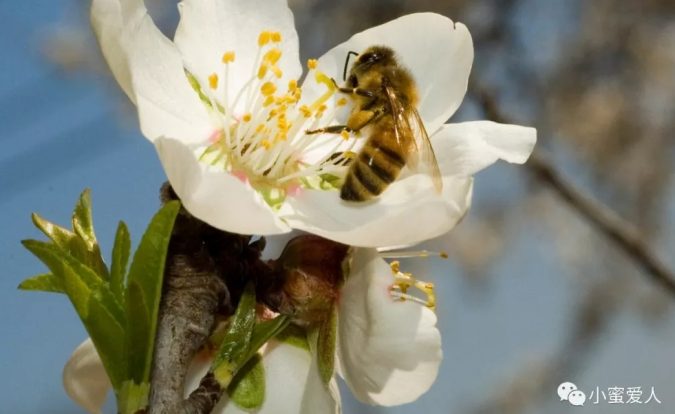 Personally, I think that the most profitable agriculture in the United States is the almond. When I attended the almond growers meetings (2-3 times), everyone was dressed like a banker :) and a few mentioned going to Europe for a long vacation as soon as their trees start “petal-fall”. At a per acre basis, almonds produce about $4000 per acre while blueberries can reach $8,000. But blueberry input might be higher. One person cannot grow 600 acres of blueberries. The reason that almond is the most profitable agriculture is due to several reasons. The first is that the planting area can be large (reaching a thousand acreas, or larger). Second, almonds can be stored indefinitely, waiting for good prices. In contrast apples and blueberries are too expensive to store (refrigeration cost and quality degradation). Third, it is mainly exported (about 70%), so there is no imports competing for lower prices. For example, one year garlic was imported to the United States from China, and nearly all garlic farmers in California went bankrupt. The total production of almonds in the United States in 2014 was over $4.8 billion. This number is comparable to the annual profit of the three major automobile manufacturers in Michigan.

The pollination fee also indirectly proves the high profit of almonds. For example, the pollination fees for apples and blueberries in Michigan did not exceed $ 70 per colony, while for almonds it has been $180-240 per colony, and now averages about $200.  Beekeepers work hard year around to produce about 80 lbs of honey per colony per year, and it is difficult to reach $200 per hive. Pollination fee gets that amount in 4 weeks. Therefore, most commercial beekeepers now rely more on pollination than honey production for their income.

Because of the large areage of ​​ almonds in the United States, about 70% of all bee colonies (about 2.5 million) in the country go to California for pollination every February! Two to three colonies are needed per acre. In 2006,  I visited almond fields near San Francisco.

1. The white flowers everywhere  were spectacular when viewed from the plane. But this was taken inside an orchard. 2. There were no other flowers under the trees, not even dandelion. Growers now are trying to grow some cover crops to attract solitary bees which can help with pollination. 3. Honey bee colonies are on pellets, with four colonies in a pellet, each with two brood boxes. 4. A bee working hard to collect honey. But there is not too much honey in any of the Prunus flowers. Pollen is highly nutritious to honey bees so colonies grow quite well during that 3 week period. 5. There is pollen in the pollen basket. 6. She has her pollen baskets full, but she also tries to get some nectar. 8. I just could not get enough photos so I kept shooting bees. 9. With my classmate Chen Feiyue. I had more hair at that time… 10. In 2007, I went to the almonds again to do an experiment. One photo also won the 3rd prize in the International Bee Photography. It should be similar to the photo below 11. Tired, two USDA researches laying on the ground covered with almond petals. This time it’s called petal fall, when all petals fall to the ground.  It is usually a time to spray some insecticides, this is true for almonds, pears, apples, etc.