The “Harvard bee” refers to a bee photo I published on Arnoldia, which is a journal from the Arnold Arboretum, which belongs to Harvard :) 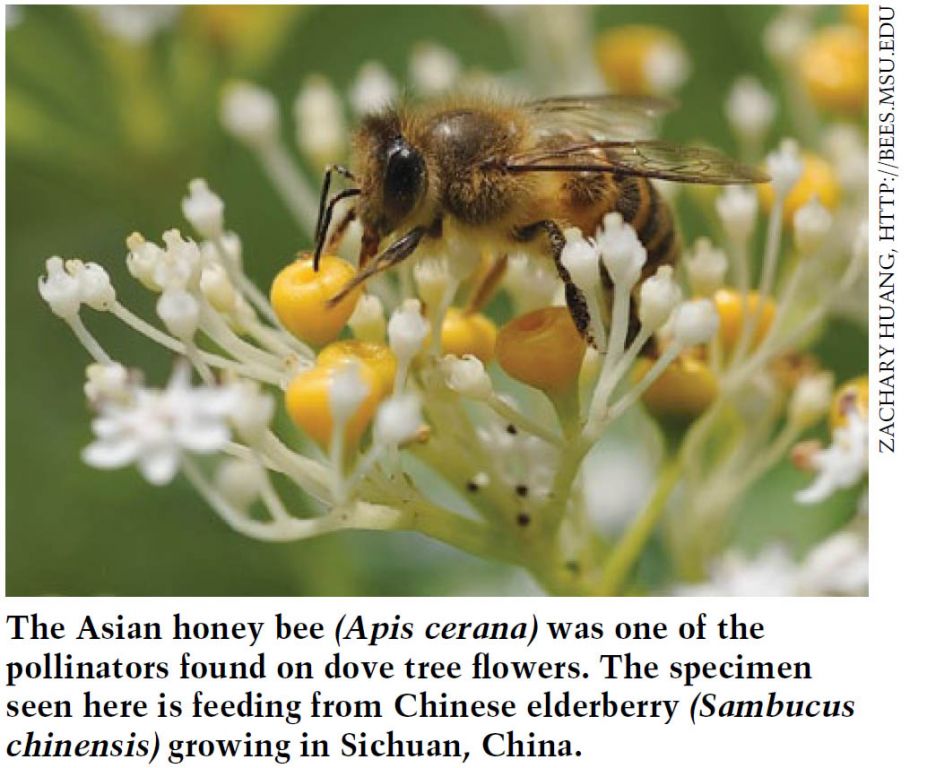 However, the bee was an Apis cerana (the Asian hive bee), and foraging on a Chinese elderberry.  The flowers are peculiar in that some (5-10%?) flowers have differentiated into nectaries  (the yellow, cup like structure) in the first photo).  The bees, or other insects, in the process of trying to get the nectar, will transfer pollen for the real flowers (the white ones).   This photo was taken on the way from Sichuan University to a panda reserve there.  There was a large patch of this plant in the field.  Later I found this plant by the roadside in my hometown everywhere (Shaoshan, Hunan, China).  But I had no recollection of seeing them when I was a child — most likely I did not know pants well enough to pay attention to the strange yellow nectaries!

The Arnoldia article was actually about the functions of white brackets from Davidia flowers. This plant is unique in several ways. It now has its now family, Davidiaceae and has only one species. The flowers flutter like doves in wind, hence the common English name, dove tree. The while brackets are said to provide protection for the anthers from the rain, much like umbrellas, and also attract pollinators, due to their UV absorption. Next time I need to bring my UV lens when I see these flowers again…

Either the request from Arnolodia happened before I had my own photo of bees foraging on Davidia, or perhaps they never mentioned to me Davidia, but rather just photos of Apis cerana foraging on any flowers. The photos I took of Davidia was May 2011, when I went for the Cold Spring Harbor honey bee genomics meeting.

2. The Davidia flowers from the New York Botanic Garden. 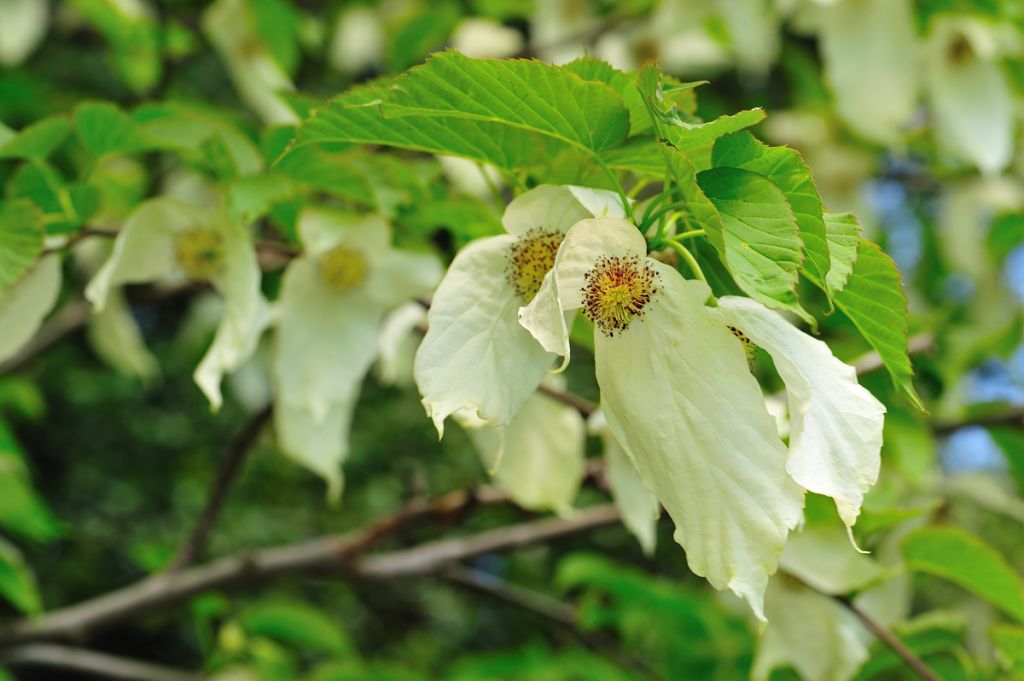 3. Here you can see a honey bee foraging for pollen… 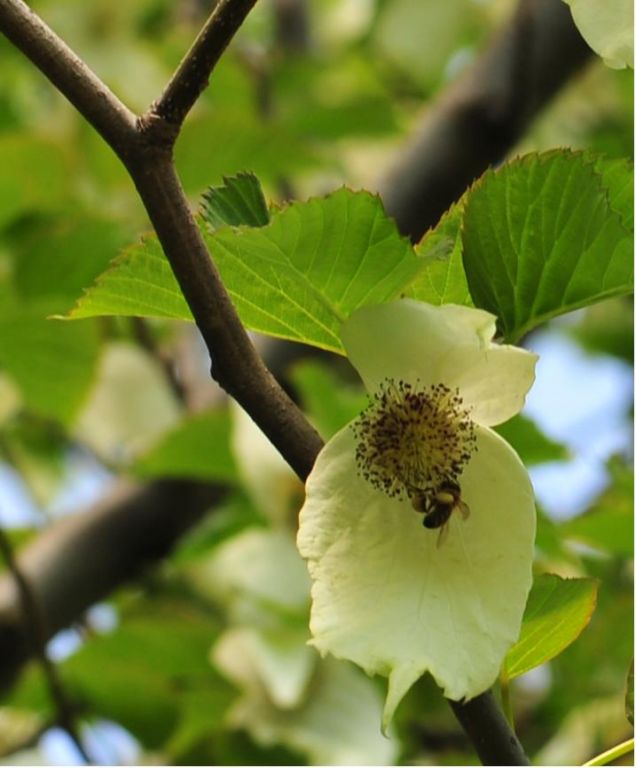 While searching for the Arnoldia article online, I also found an interesting article about Sichuan peppers, the spice used in Sichuan cousins that causes that hot and numbing sensation.

1. Arnold Aboretum has introduced the Sichuan pepper trees from South Korea.
2. it has two species: Zanthoxylum simulans (flatspine prickly ash) and Z. piperitum.
3. Sichuan pepper belong to Rutaceae, the same family as oranges and lemons.
4. Because of this, FDA has banned its imports from China 1968-2005, because of possibility of bringing in citrus canker, but not really enforced strictly until 2002. I remember one year I could not buy them at local stores, perhaps it was in 2002. Now the importation ban is lifted because all peppers are heated to kill the bacteria prior to export.

I then spent quite some time trying to find the photos I took in China of the flowers, I remember I shot some bees. After an hour I found a few, shot by Nikon Coolpix 990.

4. Flowers of Zanthorxylum spp, neither colorful or large. 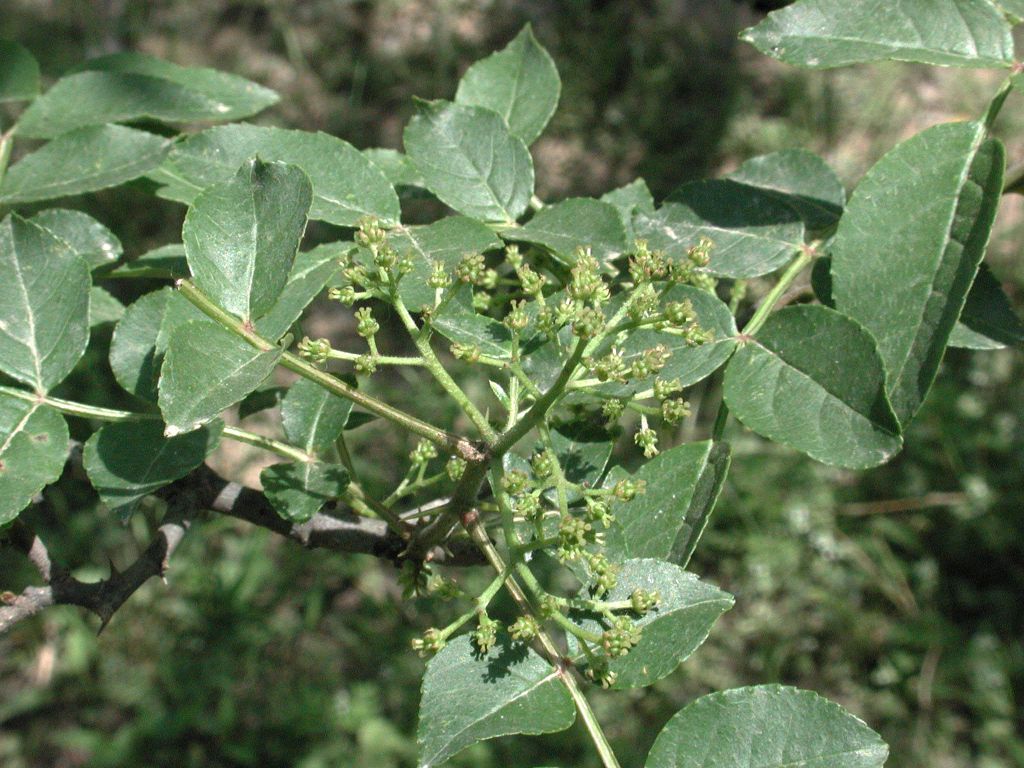 5. An Asian honey bee Apis cerana foraging on the flowers. 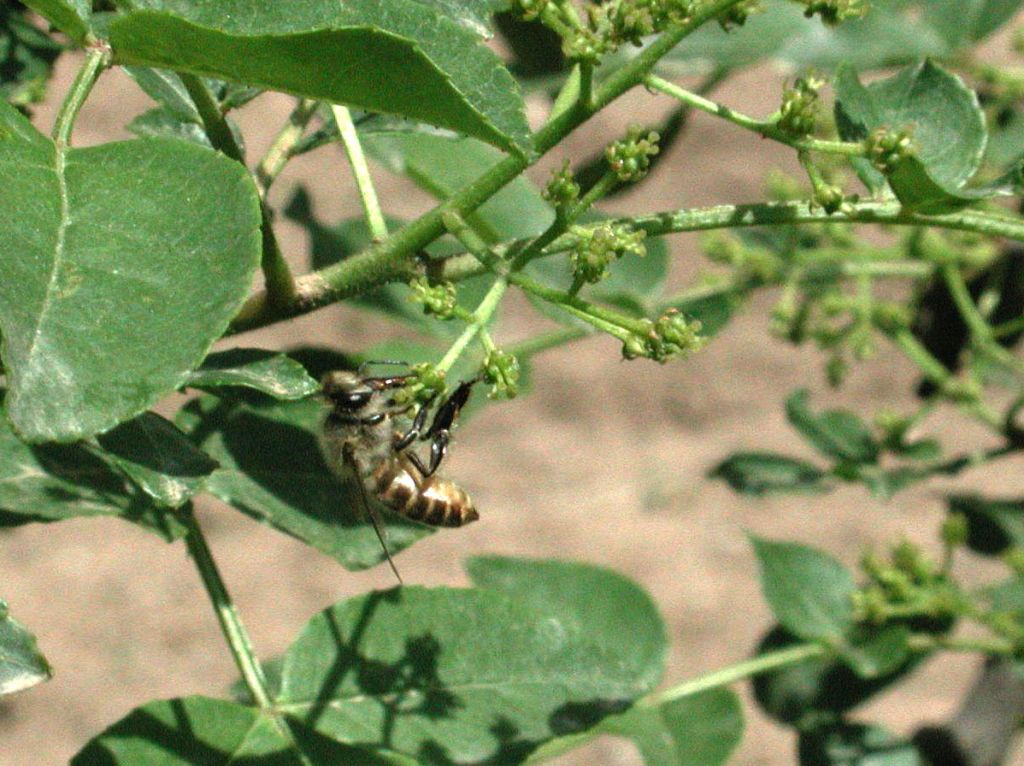 6. An Asian honey bee Apis cerana foraging on the flowers. 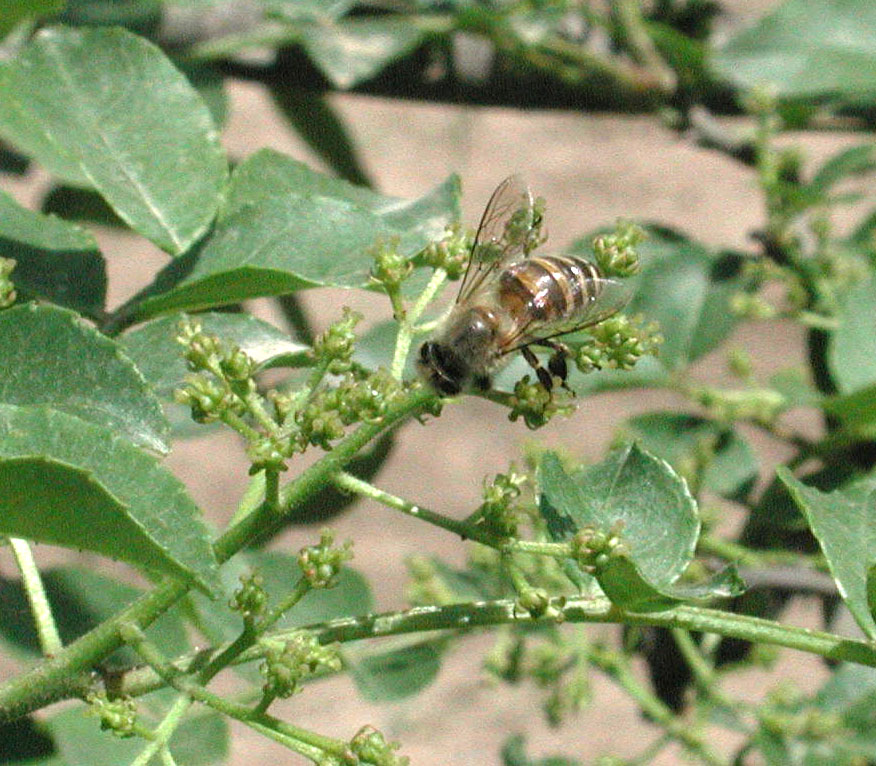 Because you can definitely smell and taste the orange flowers from orange blossom honey, and longan fruits in longan honey, I wonder if I could get a hint of the Sichuan peppers from the honey made from these flowers?

] missionary and keen naturalist who lived in China, and who is also commemorated in the Chinese White Pine Pinus armandii and Père David’s Deer. He was also the first westerner to describe another rare Chinese endemic, the Giant panda (Ailuropoda melanoleuca). Although it was David who first described the tree in 1905, a single tree found at over 2,000 metres altitude, his specimens were lost in a boat wreck on the Han River rapids. Scottish plant hunter Augustine Henry again found a single tree, this time in the Yangtse Ichang gorges and sent the first specimen to Kew Gardens. Plant collector Ernest Henry Wilson was employed by Sir Harry Veitch to find Henry’s tree but arrived to find that it had been felled for building purposes; however he later found a grove of the trees overhanging a sheer drop. Wilson too had his boat wrecked but managed to save his Davidia specimens.[3]

1 thought on “The Harvard bee, Davidia and spicy honey”