I am forcing myself to start a series of photos taken at various botanic gardens.  Otherwise the photos from tens of gardens around the world will just sit in my computer forever (and one day when a hard drive crash strikes, disappear).

These photos were taken at the Roulston Arboretum at North Carolina State University near Raleigh, and the Duke Gardens at Durham, Hill, NC.

It was on August 1st, 2010.  Dr. David Tarpy (my counterpart at NCSU), who invited me to speak at the EAS (Eastern Apicultural Society) annual meeting, graciously took me to both gardens (Thanks again, David!). All photos taken by Nikon D700 and a macro lens. The photos were colorful and highly saturated before processing, partly because I did not use Picasa but used ViewNX to convert the photos. Last summer I found that Picasa processed raw photos lose saturation and contrast quite a bit.

1. A bumble bee was working on this beautiful flower, which I do not know (and not labelled!). 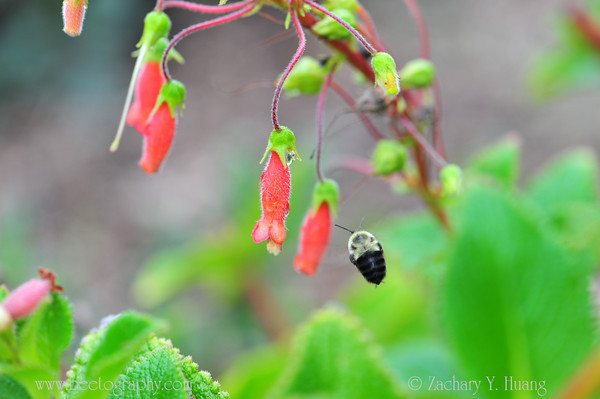 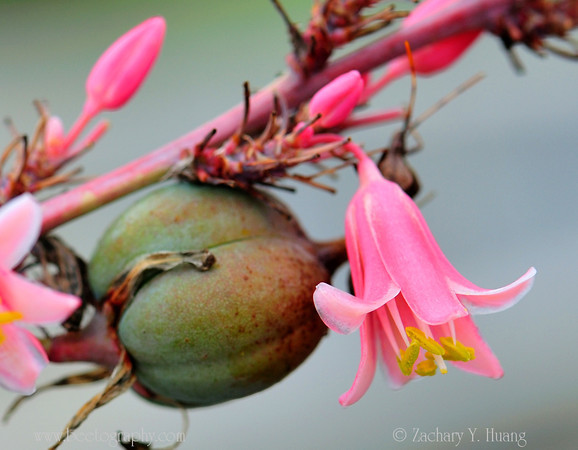 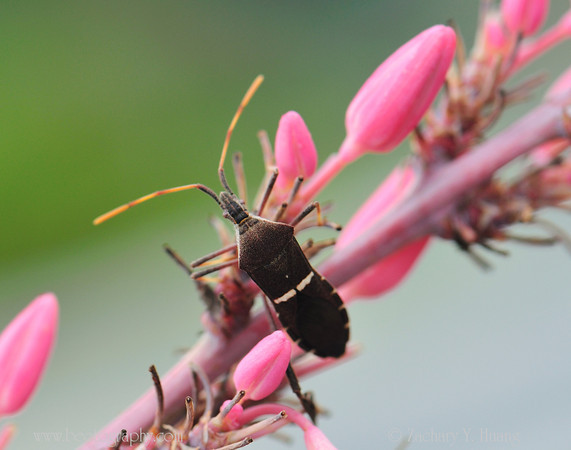 4. The green metalic halictid bee foraging on an aster. 胸部是绿色的金属光。 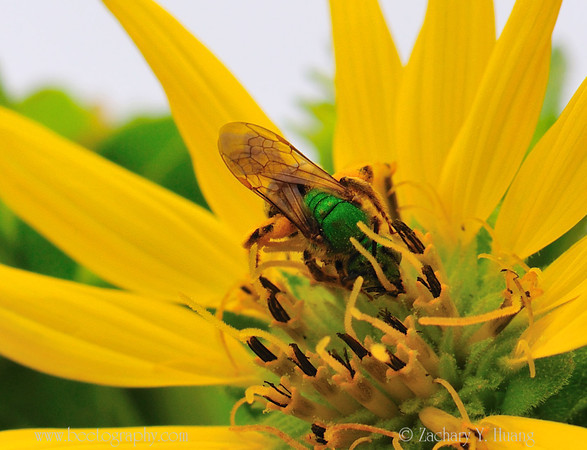 5. A pretty one that I do not know.  Possibly in the Lily family? 漂亮吧？可惜不知名。 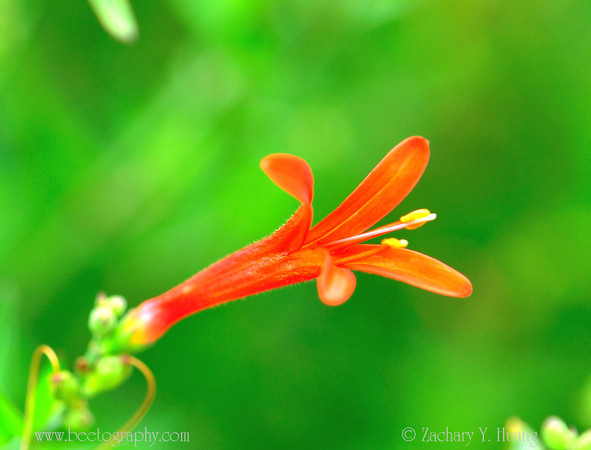 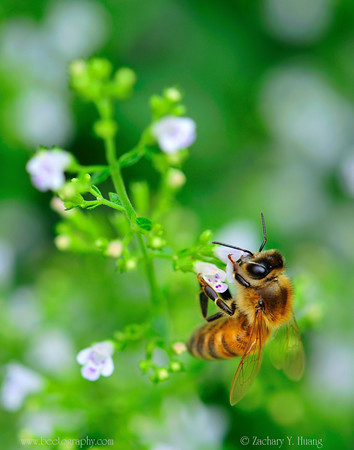 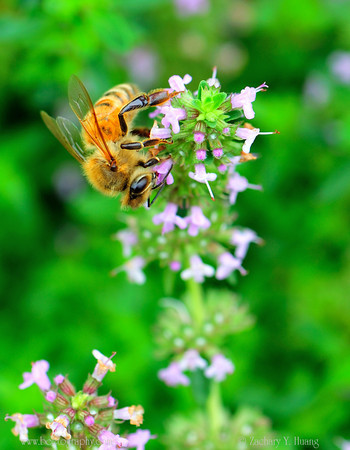 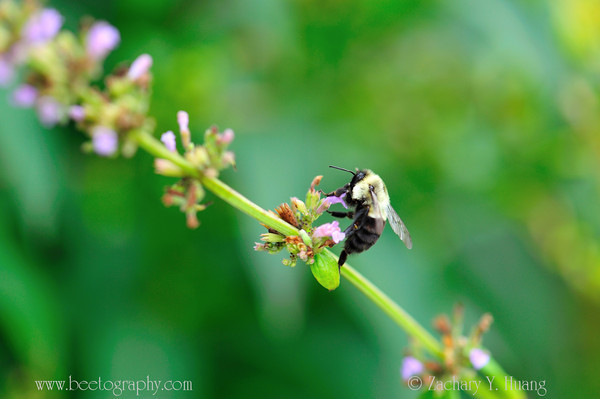 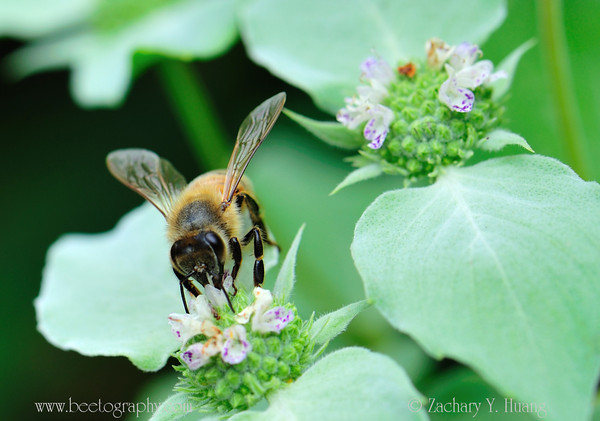 10. This one I know, a witchhazel imported from China. I have seen bees foraging on it in Virginia.   Used as a hedge in China. Loropetalum chinense , Hamamelidaceae. 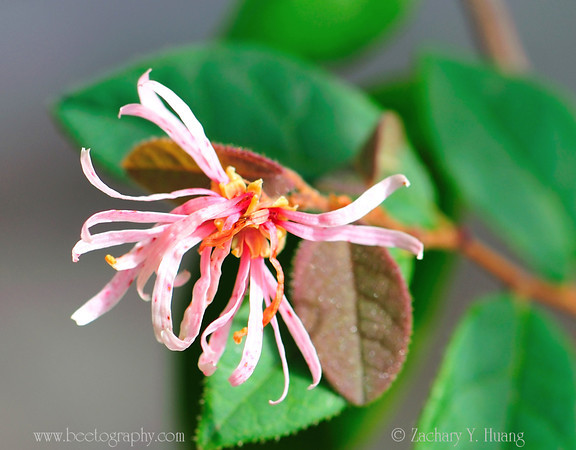 11. I am guessing that this is a type of ironweed (Asteracceae). Much brighter than ones I have seen in Michigan (purple and blooms in Sept/Oct). 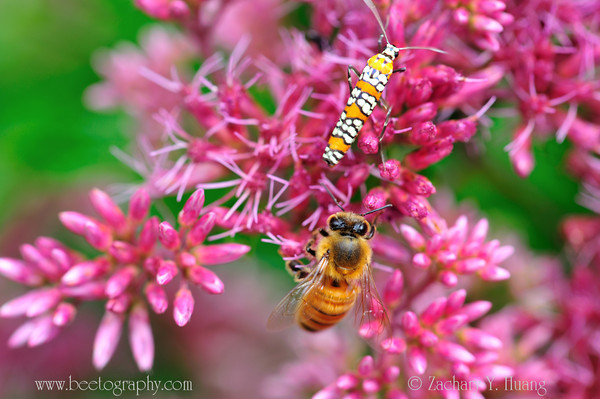 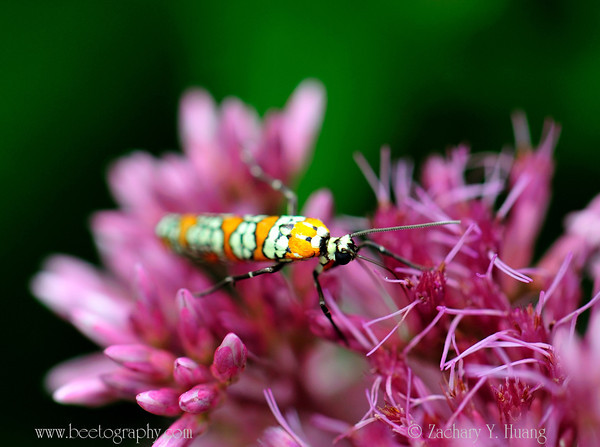 13. Murder happens in such a pretty place! A wasp (different from our bald-faced hornet here) catches a bumble bee. 漂亮的地方也有谋杀！ 熊蜂被黄蜂逮捕了。 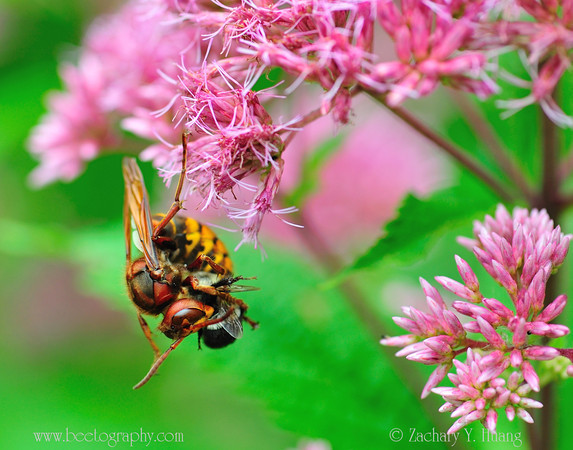 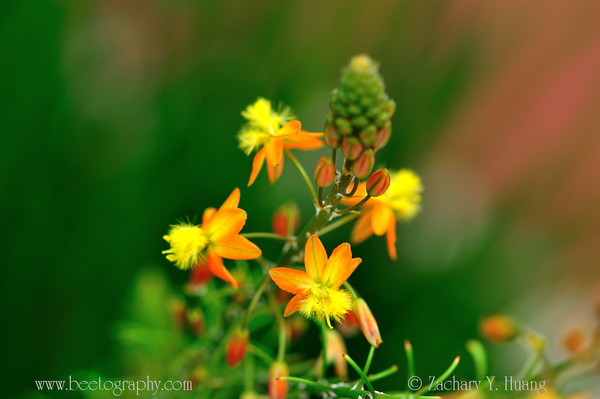 15. A milkweed (Asclepiadaceae) with white petals, I have not seen it in Michigan. 这种白色为主的马利筋， 我们这边没有的。 很耐看的花。 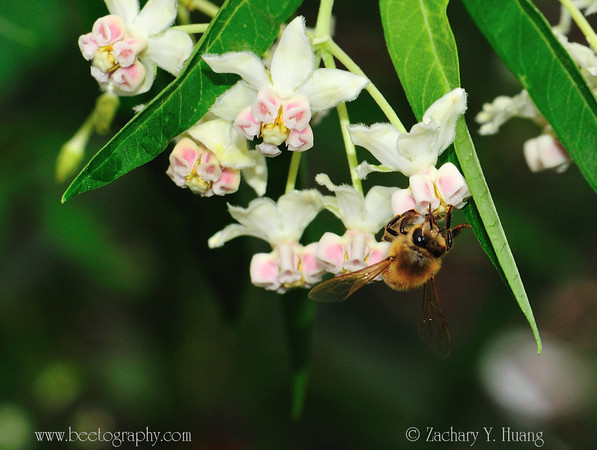 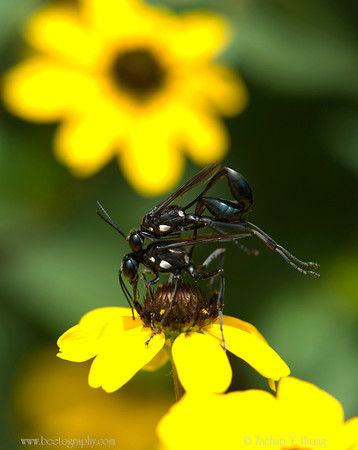 17. A bee foraging on a type of amaranth. 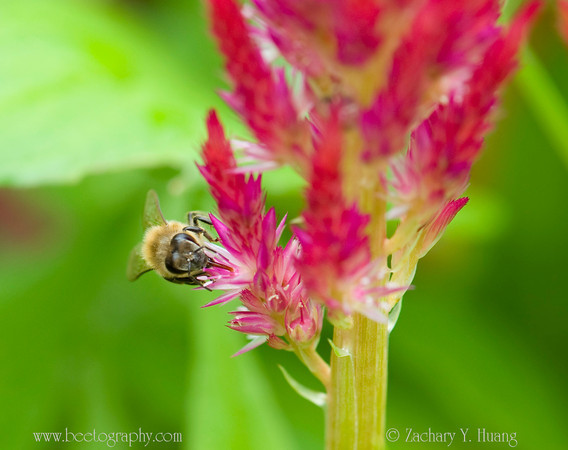 18. A bee on a type a verbena (my guess). Notice that this bee is “robbing” the nectar near the base. The flower has such long corolla that any bees are unable to reach the nectar normally.  Robbing typically bypasses the pollination mechanism so the plant loses its crop while gains no benefit. 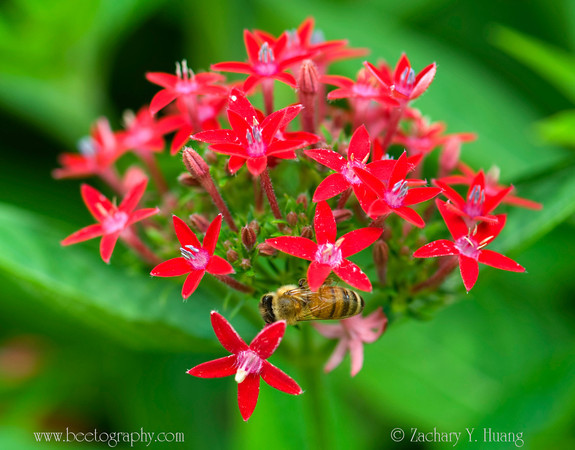 19. A bumble bee foraging inside a sunrose (purslane, Portulacaceae). 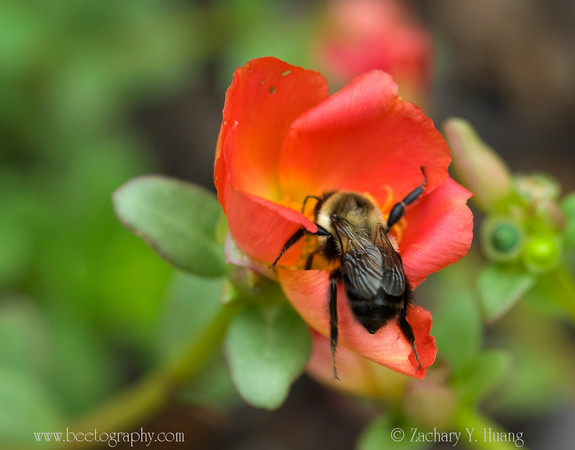 20.  A bee foraging on a white spiderwort (Commelinaceae).  I have seen blue and red ones also. 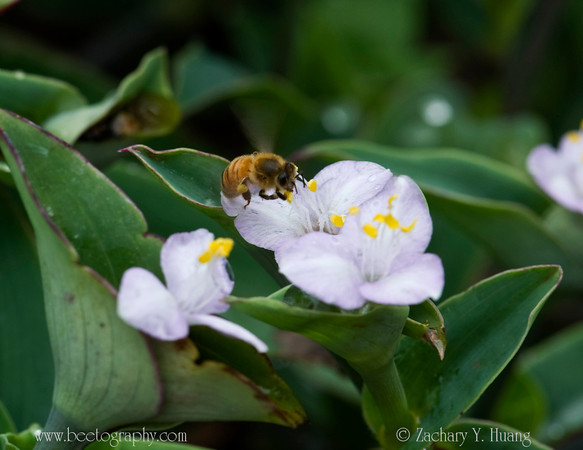 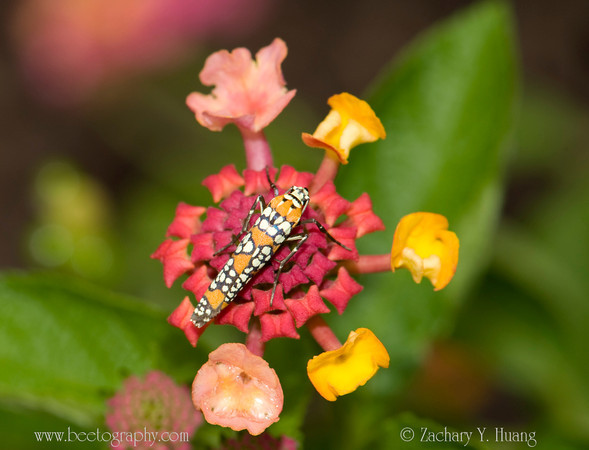 2 thoughts on “Flowers and Bees from NCSU and Duke Gardens”