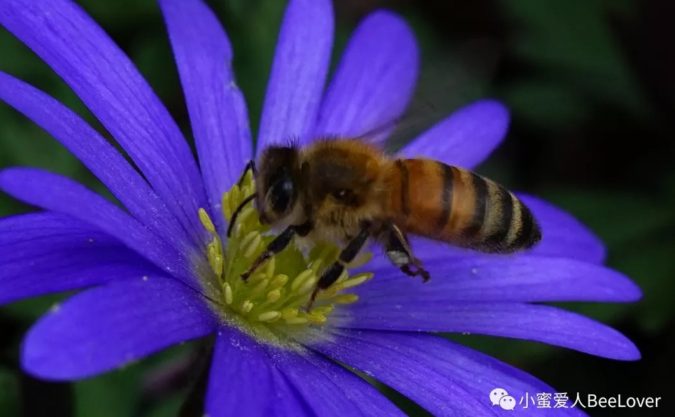 The Greek anemone is a perennial plant with roots that blooms very early every spring. The flowers are charming, and the Latin name means attractive (blanda) wind-loving (anemo = wind) flowers. Although the name has wind in it, the flowers actually prefer to to grow in places with little wind. The flowers are in purple blue, white, or pink. After flowering, the leaves are gone (like winter aconite), but the roots are still there, and they bloom early the next spring. Like winter aconite, it will develop into a large area by itself. They grow natively in the Caucasus and Turkey in southern Europe. Now it is also cultivated in the United States. Like the flowers of the Ranunculaceae mentioned earlier, these petal-like things are actually calyx. But this plant is not poisonous (finally!).

These photos of flowers were taken in the Beal Botanical Garden of our campus （Michigan State University. It was last Saturday (2019.4.6). Daniel asked me to try to see if some of his lenses were UV-passing and I found that many bees were foraging on these flowers. These flowers only have pollen and no nectar.

1. Purple and white flowers blooming together, the color temperature is not completely right. Camera was a full-frame mirrorless Sony A7ii, 24 megapixels, 50mm macro. 3. There was white pollen in the pollen basket. 4. This honeybee flew toward me. 6. The color of this is pure blue. The last one was more purple. Probably white balance issue. 7. Empty. This bee’s pollen basket was basically empty. There was a little pollen. 9. These flower was lighter in color. 11. The same flower looked like this in “bee vision” (visible minus red, superimposed with UV). The yellow we saw in the middle became dark green. The calyx next to it is light green. Dark colors indicate more UV absorption. 12. The winter aconite were almost finished. I took a shot in insect vision. Isn’t it more beautiful than what we see? It is similar to the flower above: it is also green in the middle. But the calyx is yellower.