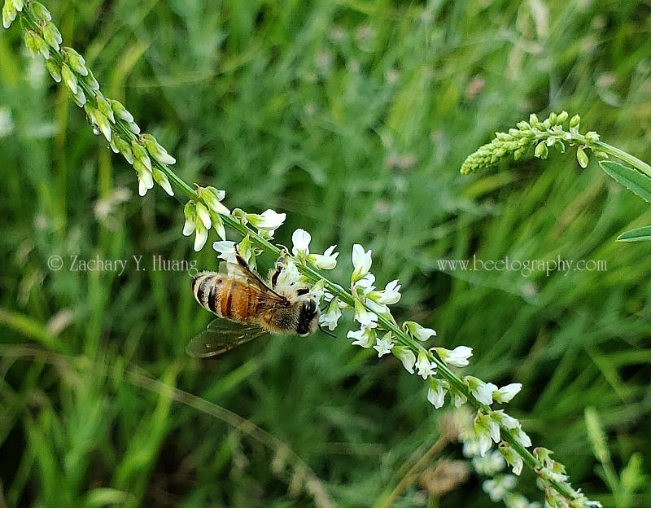 White honey production from white Dutch clover is impressive in Michigan, the production from the sweet clovers is also important.  This is because both flowers can grow quite tall (7-8 feet), and each plant has many small flowers. Further, the blooming period is very long, it can easily be one month, or when there is  enough rain, for 2 months.

Both species are biennial in Michigan: it blooms every other year. Both plants contain coumarin, which has a sweet smell (but a bitter taste), thus the common name of the plants. Coumarin can be converted to dicoumarol by fungi in moldy hay, which prevents blood coagulation and causes cattle death. This was called “sweet clover disease” in cattle during the Great Depression, but it also led to the discovery (in the 40s) of  chemicals used for blood thinning in humans, the same chemical was also used for rat poisoning.  My father used to take Coumadin, which is a type of coumarin, but he has to be tested weekly to see if the chemical levels in blood was just right – too little has no effect but too much will cause internal bleeding.

Both plants can form large monospecific patches and thus is considered invasive. It is also not a native plant in the Americas. Thus if you want to plant either species, please consult with local authorities as to whether it is permitted to grow them as honey plants. 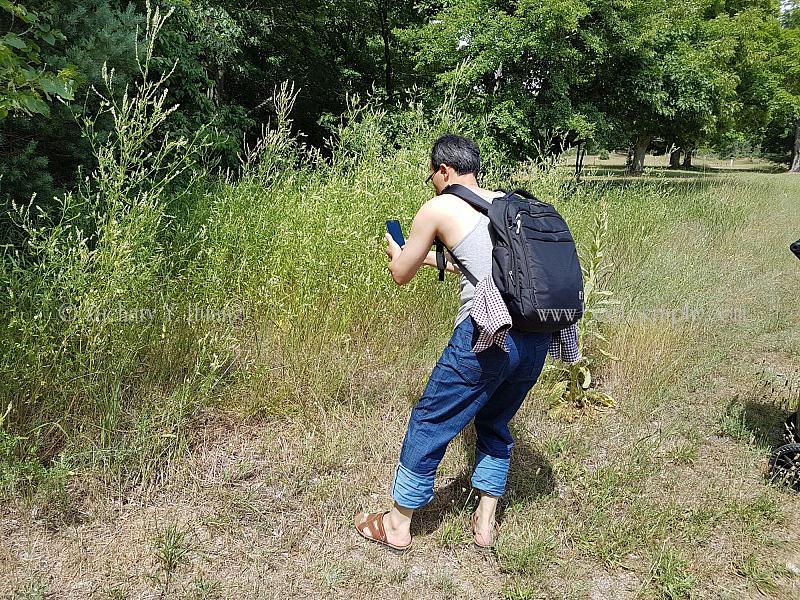 2. I took this photo recently (2020.7.13) using my cell phone. We have some blooming near the bee lab (Bee Biology Building, MSU) right now.  Last year there were much larger patches (a different patch because the plant is biennial). 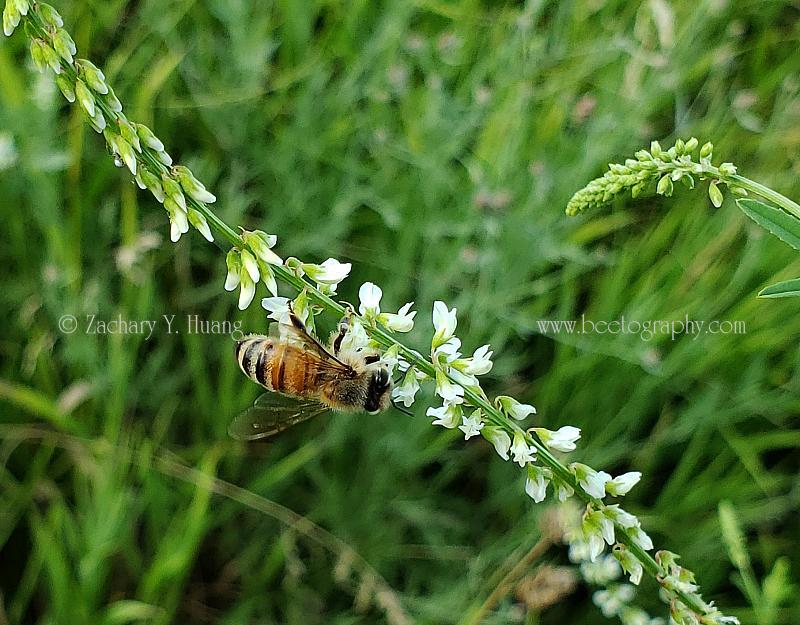 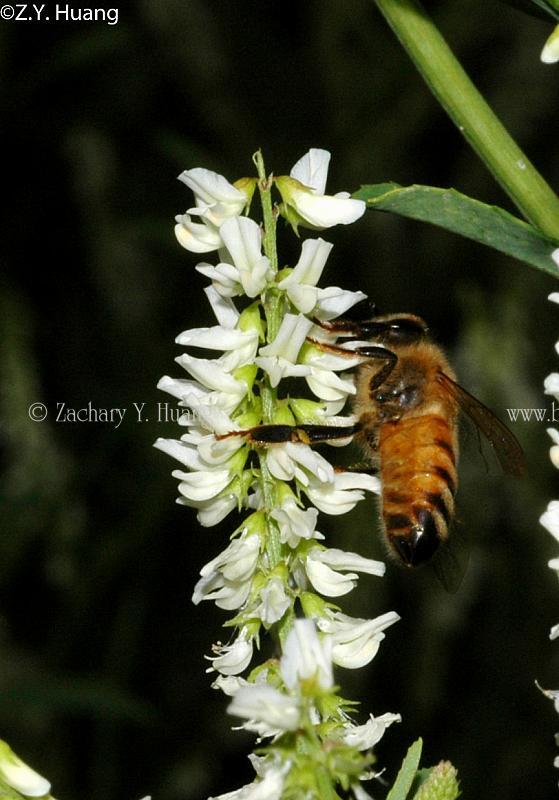 4. Also taken on the same date, but of the yellow sweet clover. I was driving on 127 North last Saturday (July 18, 2020) and saw a lot of white ones growing on the right side of the road. Yellow ones are not as abundant in Michigan. 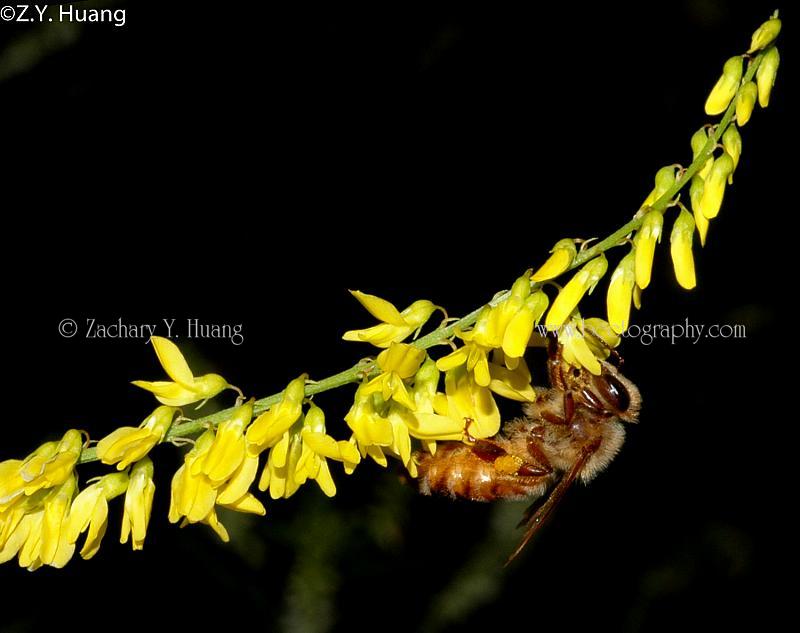 4. A bee in flight while foraging on yellow sweet clover. You can see she also has a large load of pollen. 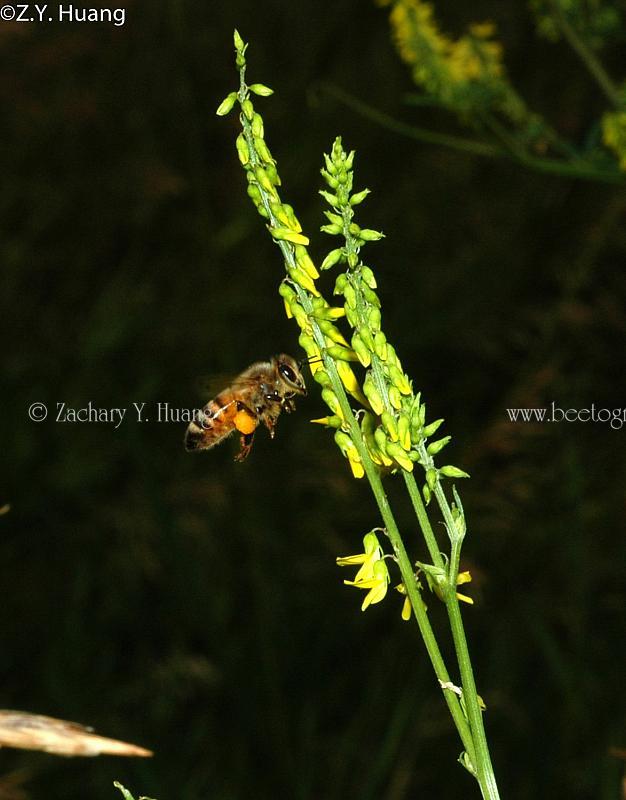