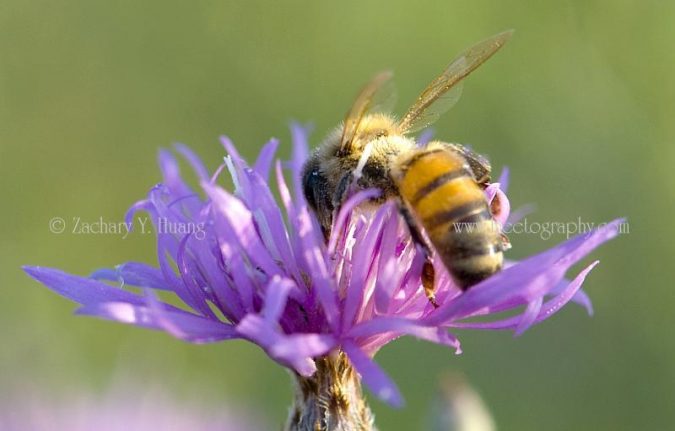 Similar to Canada thistle, perhaps a bigger problem weed, because of its larger areas, star thistle or spotted knapweed is also an invasive plant. It was introduced to US in the 1890s through seed contamination. It produces chemicals to kill other plants (allelopathic) so it forms large acreages of monoculture (7 million acres in the US in 2000). Many State’s (including Michigan) DNRs have been trying to rid this plant, some are successful. I did see a few weevils on flowers a few days back.

Nonetheless, honey bees use it to produce a nice honey (light colored, subtly flavored).  My suggestions is: put bees there to take advantage of the weed (lots of high quality honey) if you have the plant already anyway, but do not try to plant this weed.

1. Oct 8, 2002. This means the plant will bloom from July to Oct, perhaps not the same plants. This was from a point and shoot digital camera (my second one, Nikon Coolpix 990, 3.2 megapix). The photo itself is decent, but the bokeh (out of focused background) has some strange stripes (artifact?), which is not pleasant. 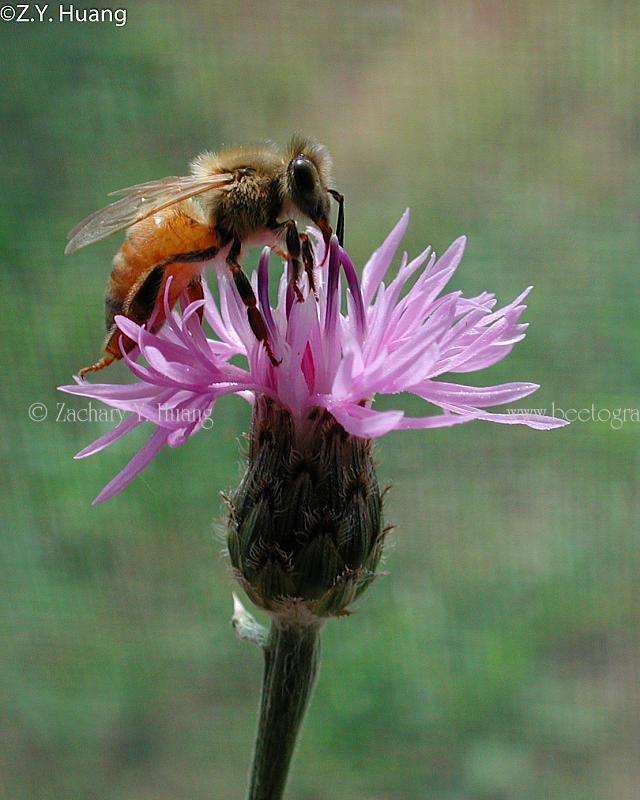 2. Sept 8, 2005. I think I was asked to do some photos for NSF (so, my only commissioned shots on that day). I staged this one – this does not happen often to me, at all.  Staging involves cooling the bee down, tag her with a tag, and put her on a flower so she is sluggish but does show “semi-natural” behaviors (like probing for nectar).  Nikon D70, 6 megapix (my first dSLR). 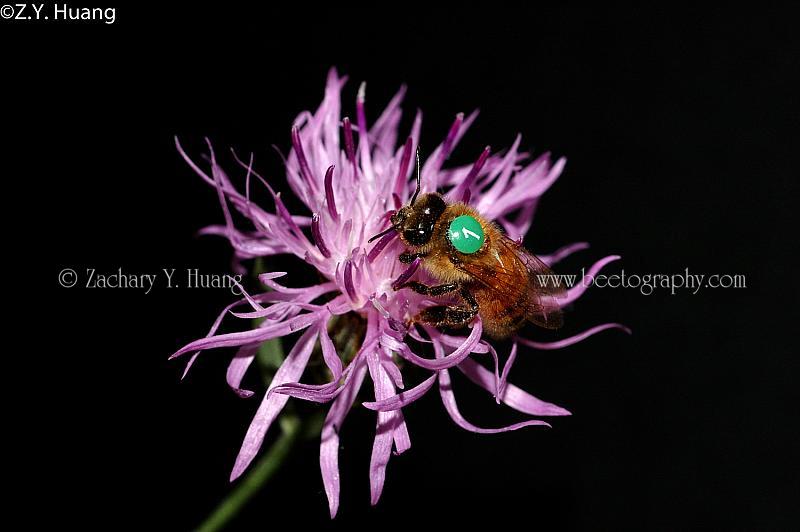 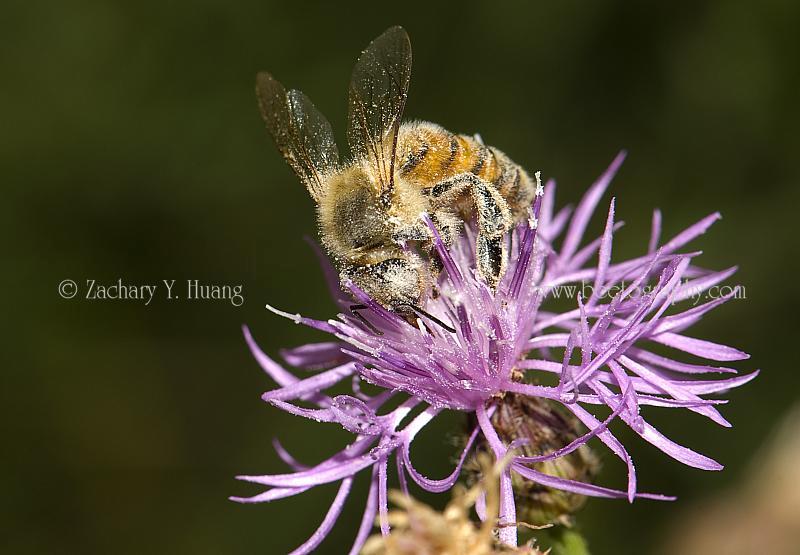 4. Just a few days ago, July 17, 2020. Still D700.  After having so many photos of bees on the spotted knapweed, I can now afford to play with color/saturation etc. 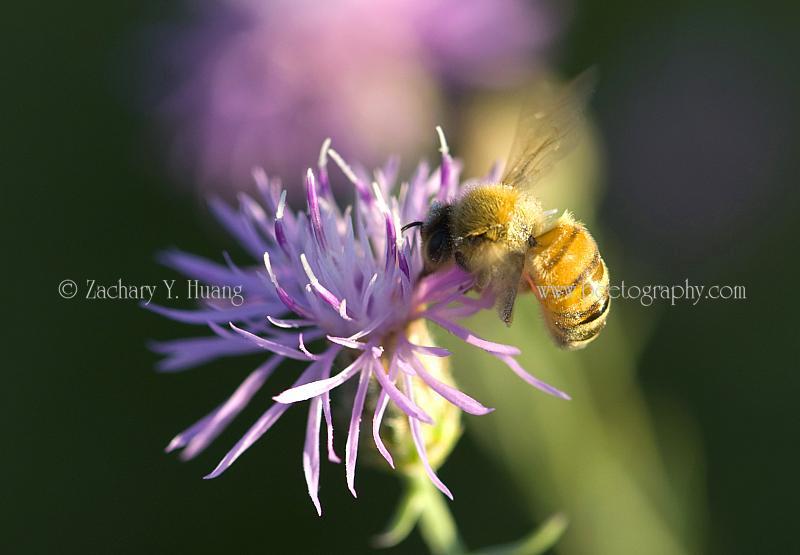 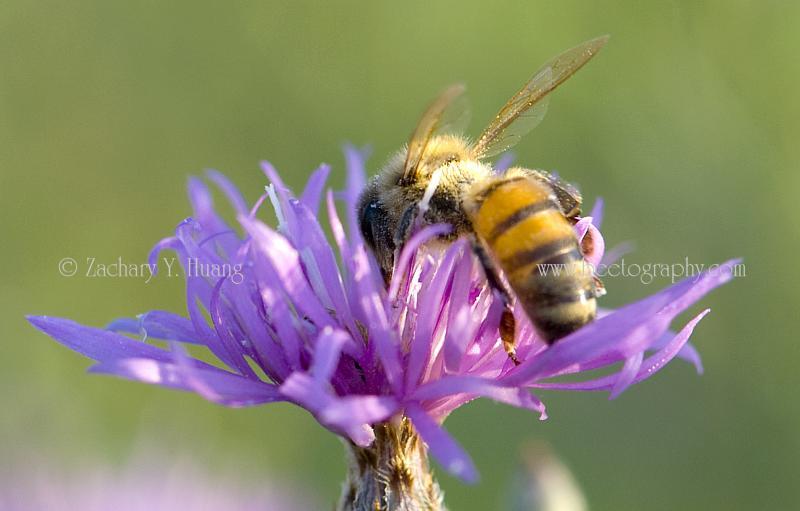 6. Finally, this was what I saw: acres of star thistles near Charlevoix, Michigan, one year when I was going to the Beaver Island (Prof. Dyanne M. Tracy, Oakland University, used to teach a bee class there every year. Photos here).  I do remember seeing bee hives placed near here. But I have to try find the photos.  Will update with them when I find them.