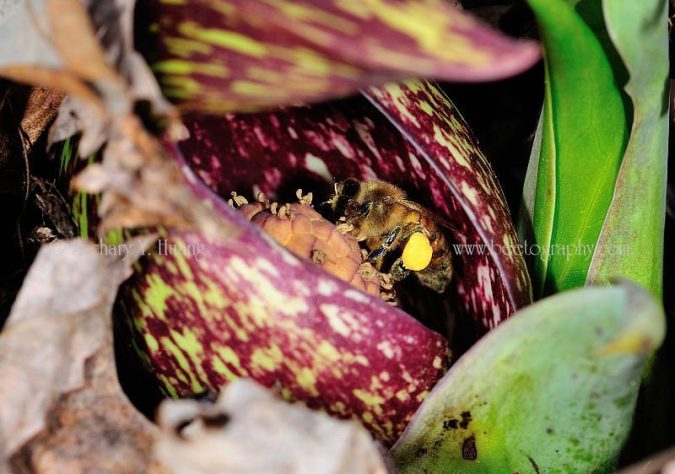 What is 20 degrees C (36 F) warmer than the air temperature, can push through ice in later winter and early spring?  What plant behaves like an endothermic animal: it has to burn a lot of energy to regulate that higher temperature? What has a nice shelter that it does not matter if it rains “outside”, it can provide protection for insects? What is so strongly smelly yet provides so much pollen so honey bees will forage on it? What plant has enough calcium oxalate that might give you a kidney stone if you eat one serving of its leaves?

It is the Eastern skunk cabbage, Symplocarpus foetidus. For many years I go to visit the 2-3 skunk cabbages at the MSU Beal Botanic Garden and could not find bees.  So, this year I called Prof. Ayers to ask him to lead me to a patch.  This was near his house at Dewitt Michigan (Fig. 1-2). The habitat  is  a swampy place among a heavily shaded forest when in summer. I could not identify the trees since they were all bare.

The flowers are typical of Araceae (philodenron family), but with a much better “shelter” than other species (e.g. Western skunk cabbage, or callow lily) (Fig. 4).  I smell a garlicky odor, not all that unpleasant.  One study says bees will use scent first, then vision to locate large patches of this flower (Kevan, 1989).

Honey bees were observed foraging on the flowers quite actively (Fig. 5-10). I estimate that during the 1.5 hours there I saw about 30 different bees with a patch of about 40-50 flowers. The flowers are complete but function as female first (only stigmas, no pollen) and later anthers grow out from the center of the plate-like structure (each is probably a unit to receive pollen and becomes a seed) and sheds pollen. Pollen is rather dry so one can see bees with some pollen dusts flying off when bees are buzzing. I have one photo in which one can see pollen flying off, but the bee was out of focus.

I would assume this plant is important in Michigan as it provides the much needed early pollen. Blooming around the same time were crocus and Chionodoxa. But this was before maple or pussy willow.

Photo taken in a swampy area near West Stoll Road, Dewitt, Michigan. April 11, 2014. 4-5:30 pm. My camera’s time stamp was not adjusted to summer time yet, so 16:30 will show on photo as 17:30. I suspect that they might be still blooming now with the cooler weather just after I took the photos.

1. Location of the patch of skunk cabbages, the large blue dot on the map. 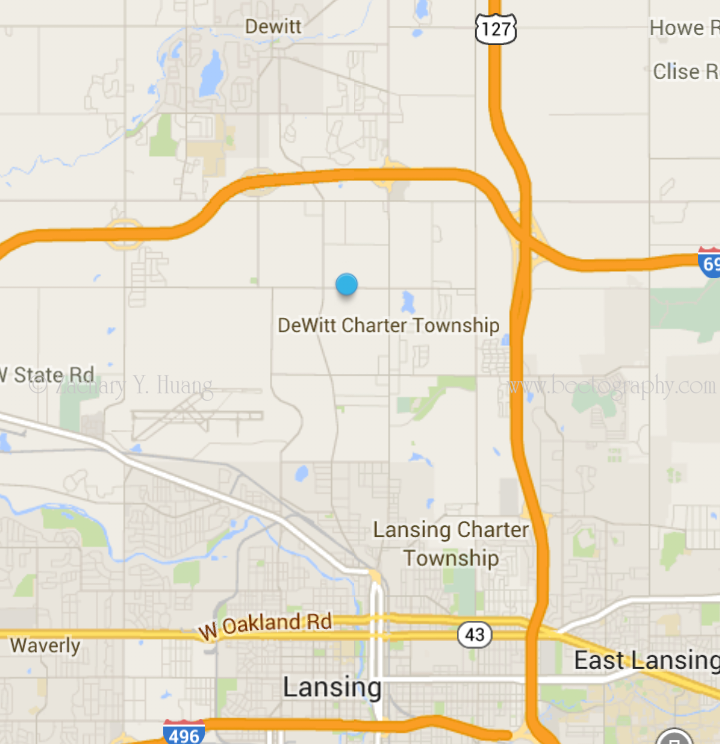 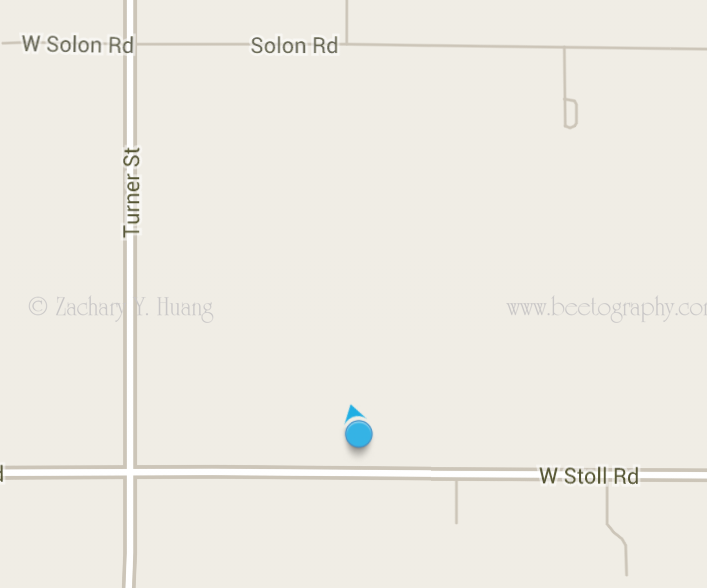 3. The habitat where skunk cabbage thrive. I was told to bring water boots. 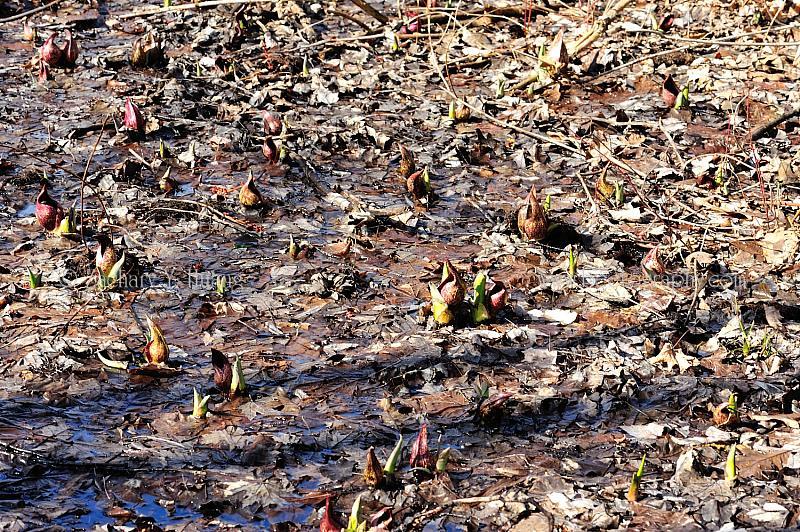 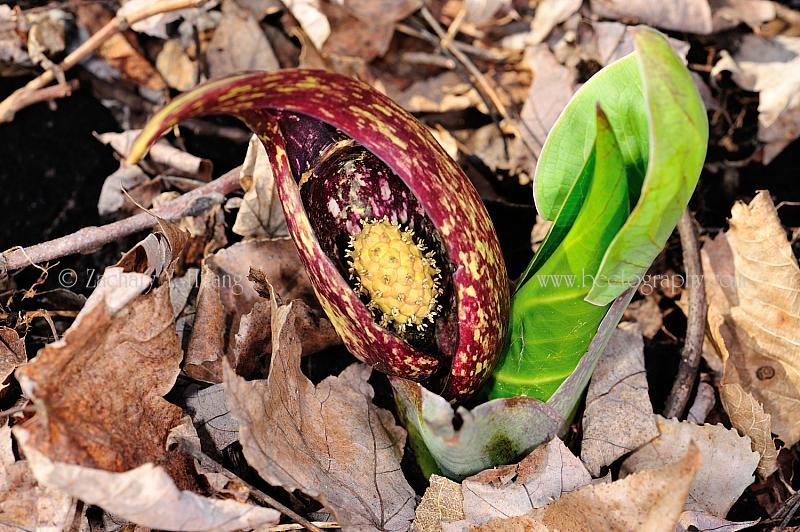 5. With the sun shinning in the right direction, you can see the bee clearly, with a large loads of pollen. Or , more likely, this was due to the flash I brought… 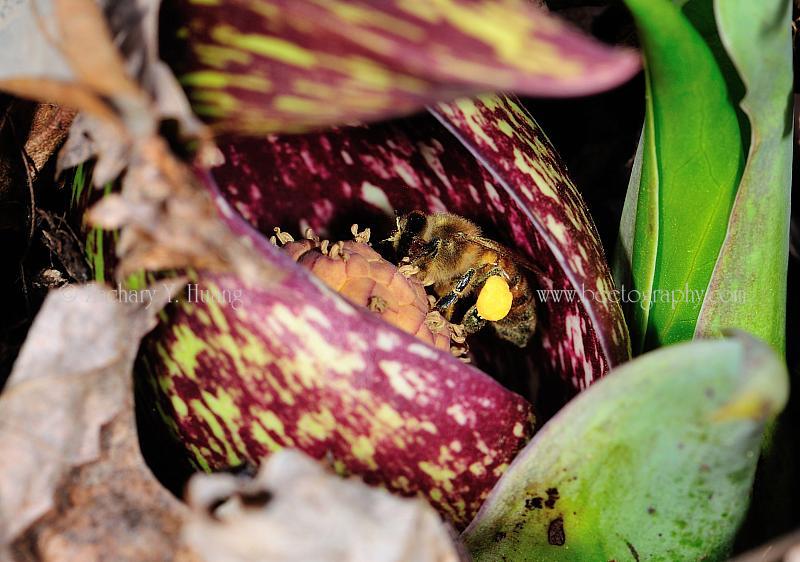 6. The same bee dusted with pollen on head and thorax. 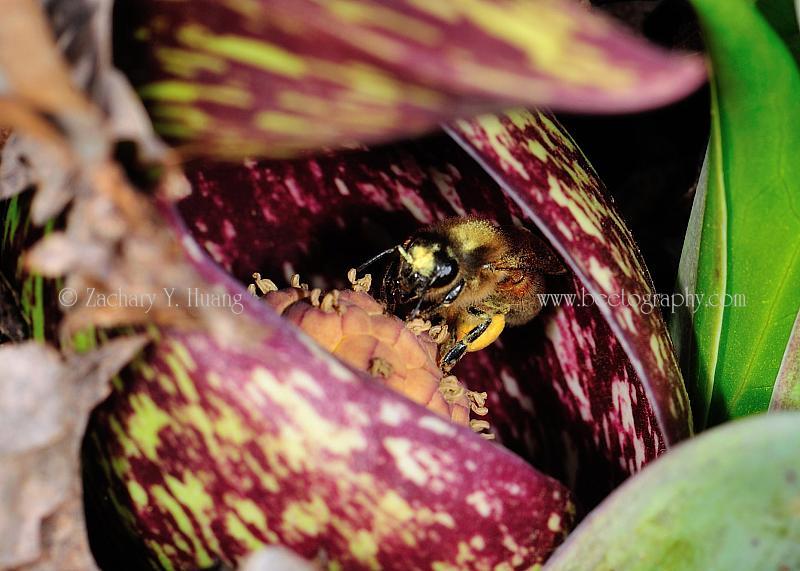 7. A honey bee in flight toward a skunk cabbage flower.

8. Another bee in flight. It is my honor that this photo will appear  in Prof. Thomas Seeley’s new book, “The Lives of Bees: The Untold Story of the Honey Bee in the Wild.” [published May 28, 2019, edited end of May] 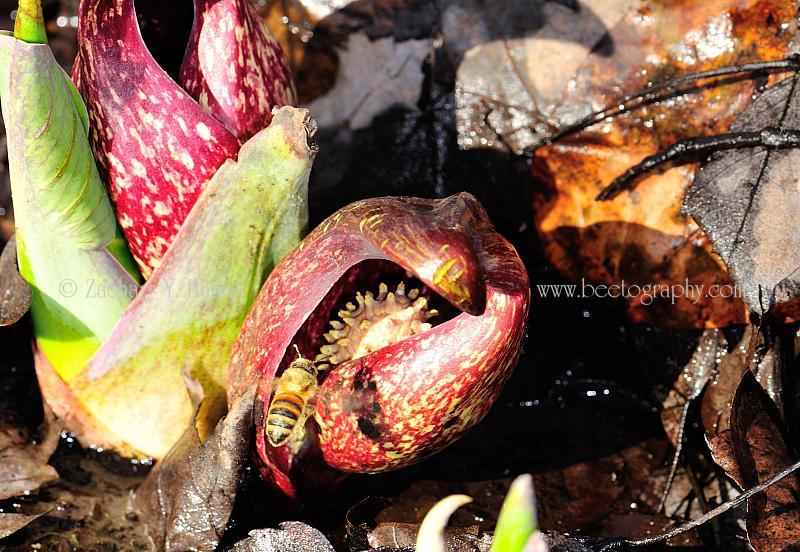 9. Shot by infrared and then  the color was inverted. 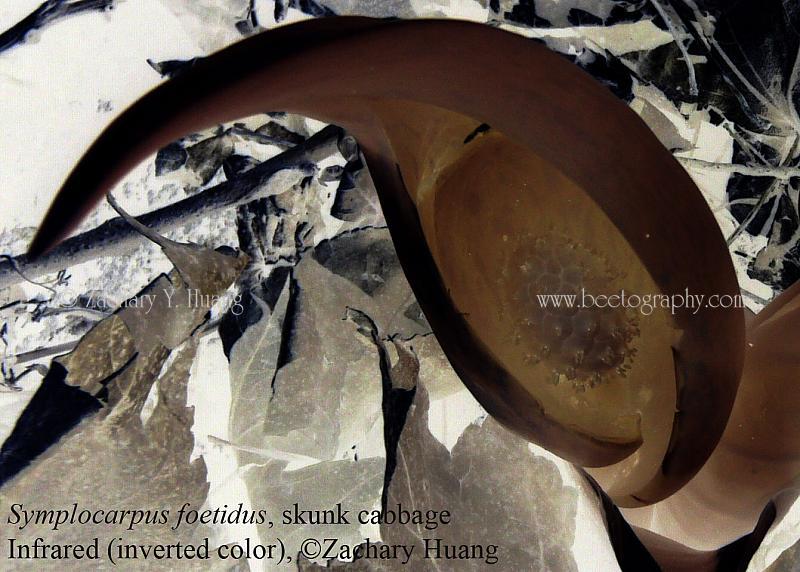 10. I even got a bee with a point and shoot camera! 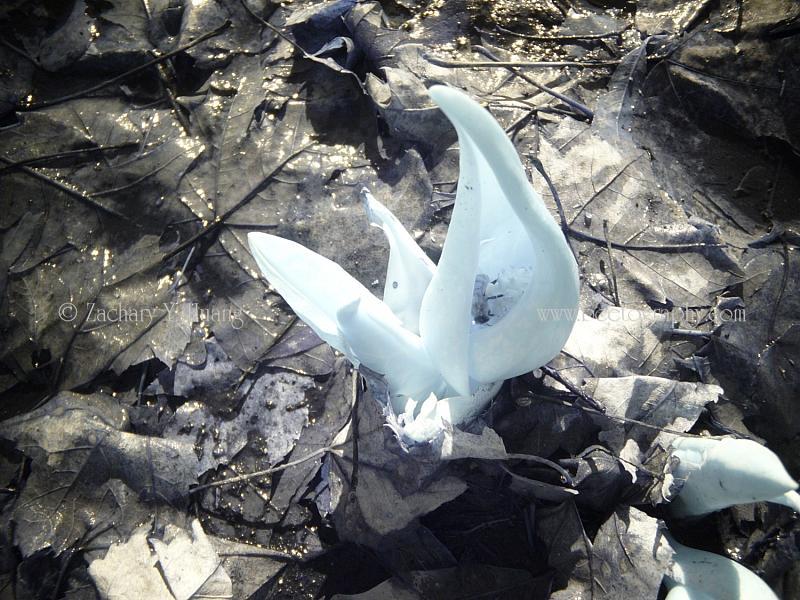 11. Finally, what does it look under UV? 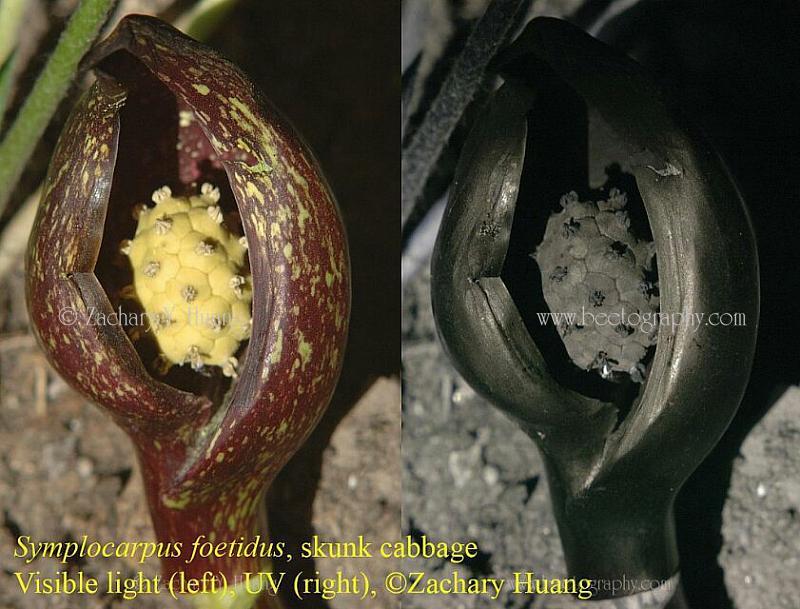 I did a google image search, the only ones I can find was the Western skunk cabbage, shot by Rusty.  So my photos here might be the first photos available on the internet for bees foraging the Eastern skunk cabbage.