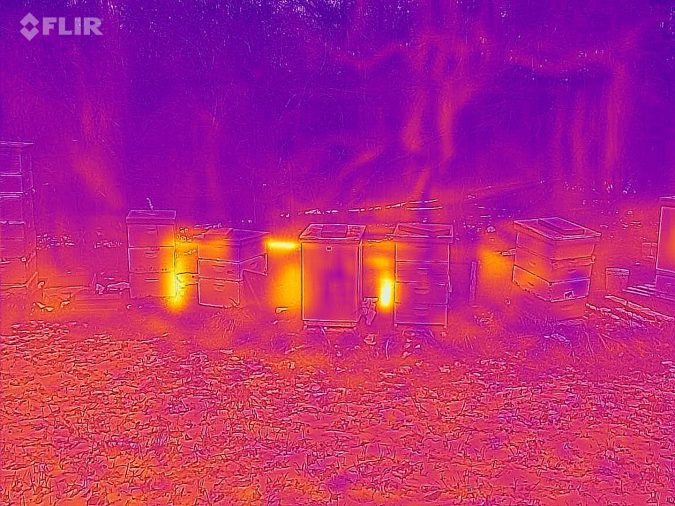 (and a review of Flir for bee management)

2. New year’s day, around 11:49 am. After I opened some “dead” colonies and finding them live, I took some pics afterward, now they were visible. Here are four colonies alive. There are some shifting of thermal clusters from the actual hive body, perhaps due to error. The large block of heat was actually from the first colony among the 4 with bricks on top, but right now it overlapped more to the colony to the left of it.

3. The colony to the right of the live one I thought it was also live, but it turned out to be a dead one.