In December, I took Alex, my postdoc to Modesto for the Almond Board meeting. Because they funded my research on varroa RNAi, I was asked to be there to report our findings. We took a few days off to visit the Berkeley Botanic Gardens, the Stanford campus and the 17 Mile Drive. On the way to 17 Mile, I spotted Sand City and had a stop to take a look at the pretty ocean.

Right away I saw some strange flowers on the beach (never seem flowers before on a beach!) and wondered if there would be bees…Yes! I got lucky. The flowers looked like in the family of Brassicaceae (old name was Crucifera), but leaves were waxy and succulent, apparently adaptations for drought resistance. I tasted a seed pod and indeed it has a hint of mustard, so I was 90% sure it was a a member in Brassicaceae.

I came home and googled for something like “brassica on beach” and did find the name.

I am not sure if this one is the European or the American species. I suspect it is the latter.
(updated Jan 9. 2012: according to this page, my species should be the European one, C. maritima).
It seems many pretty things are invasive! (the ice plant everywhere there with pretty flowers, is also invasive).

The bright blue sky reminded me a poem by a Chinese poet, Haizi. (He killed himself some years ago, perhaps due to depression). The English was a translation by myself 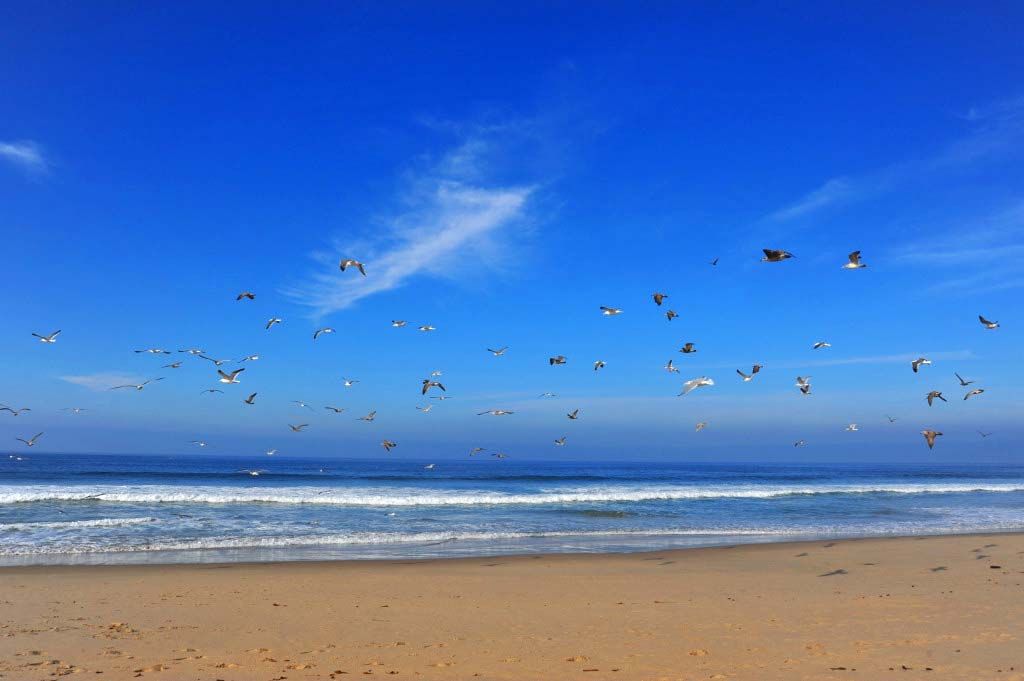 2. Alex misses his family and started drawing on the beach :) 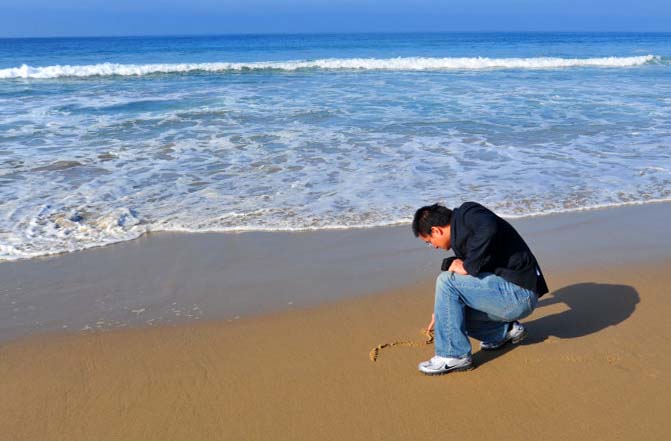 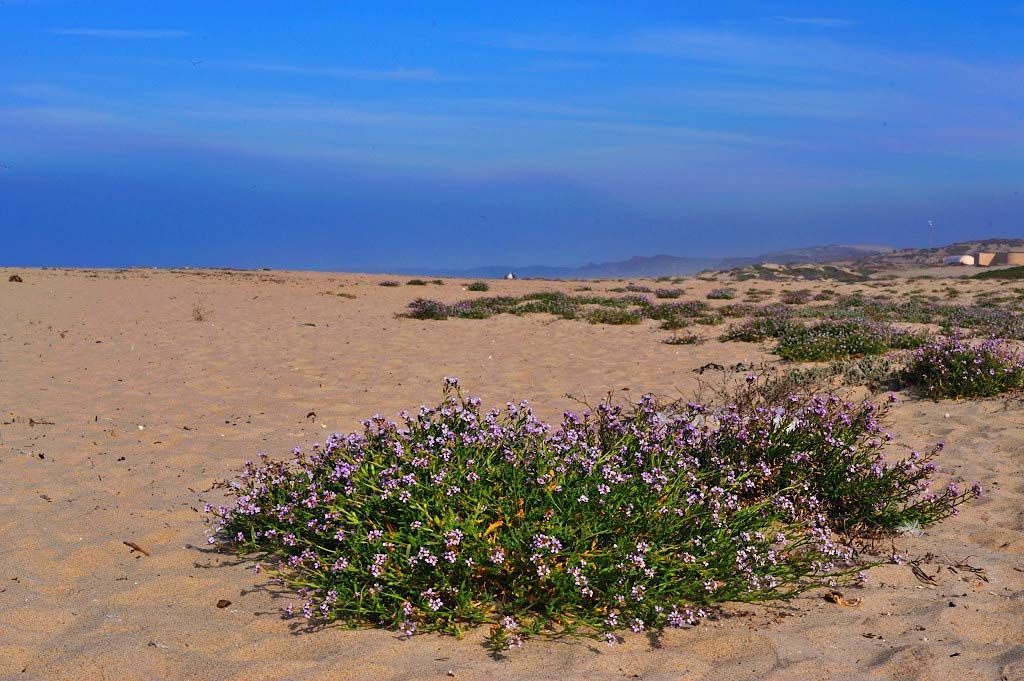 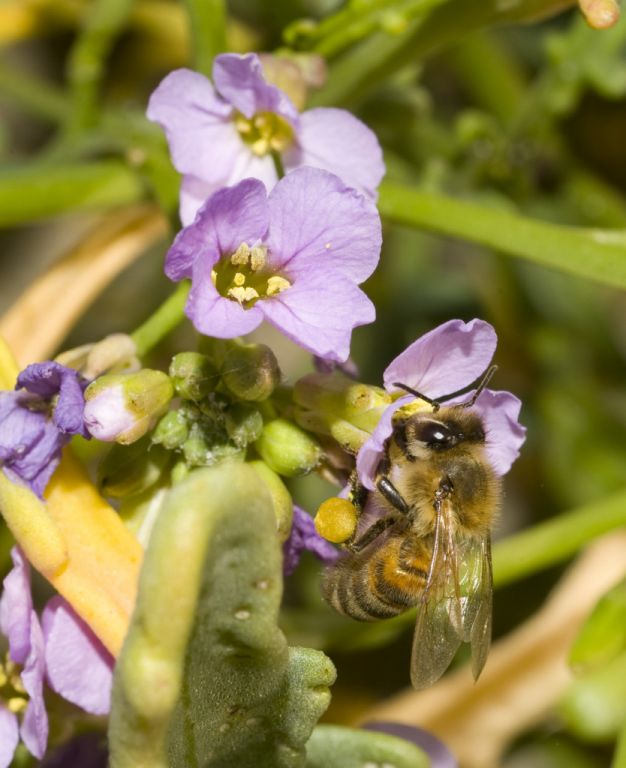 5. In flight and with proboscis sticking out..it looks like she was flying and cleaning her tongue at the same time. 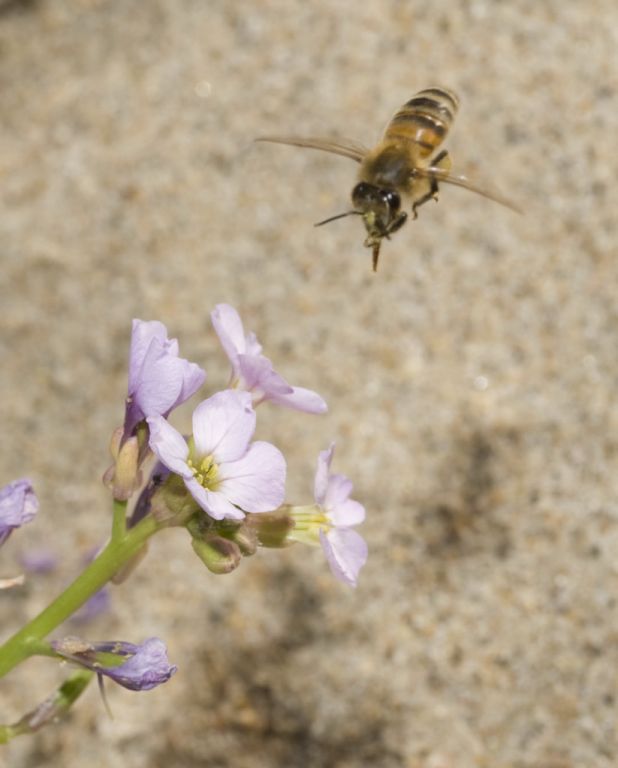 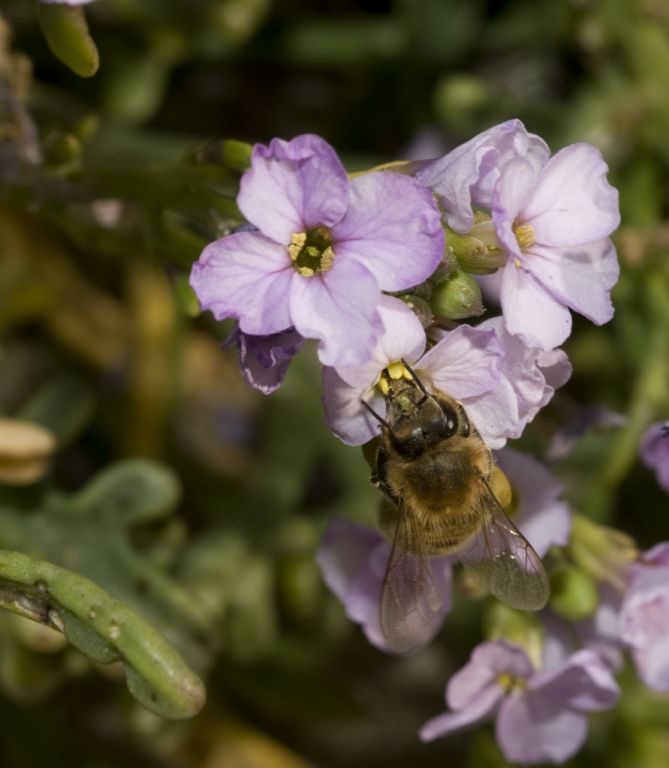 7. And apparently also for pollen, a bit darker compared to pollen from canola (the same family). 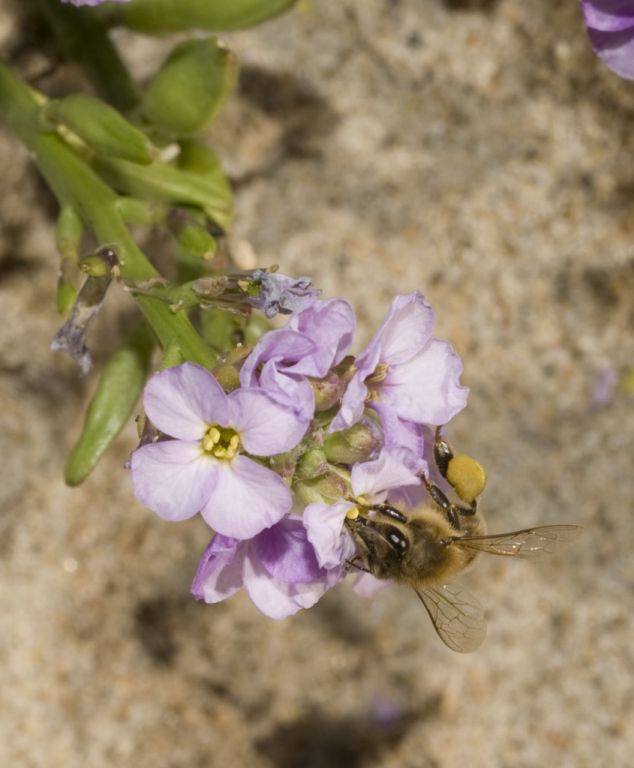 8. A closeup showing the seed pods and leaves..and my fingers. 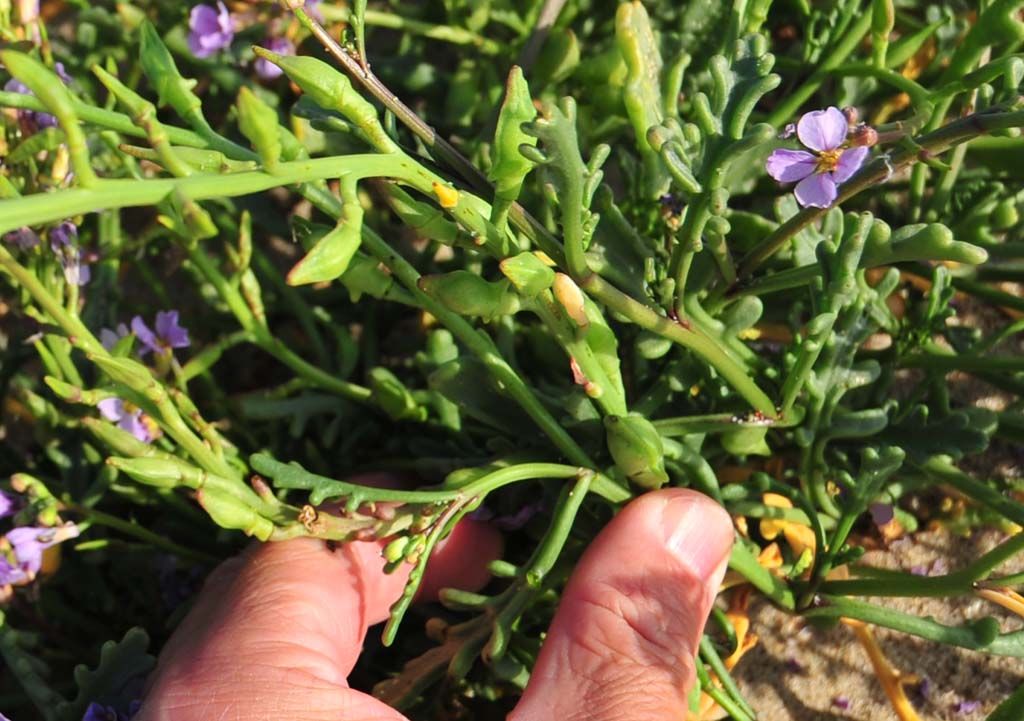