August 8, 2017, I was invited to give a talk on honey bee photography (which I call “beetography”) to the A2B2 (Ann Arbor Backyard Beekeepers Club) and I suggested that I do a field trip with beekeepers who are interested in shooting bees. I thought I could take 5 people and do hands on with them. Instead I got 15 people from the Shutterbug group.

This is the second time for me to give a talk there this year. And my third trip, I was there the first time about 10 years ago.

Here are some shots I did with my D700 and R1C1 flashes.
1. A bee foraging on Androsace, Primulaceae. This is a new record for me. Never seen honey bees foraging on this flower. I found two honey bees with lots of flowers. So I rate this flower as 1 in attraction scale from 0 to 10. 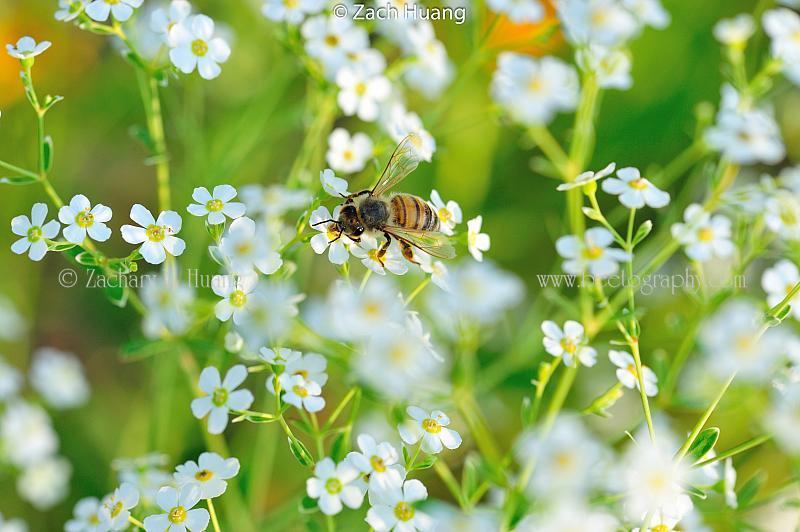 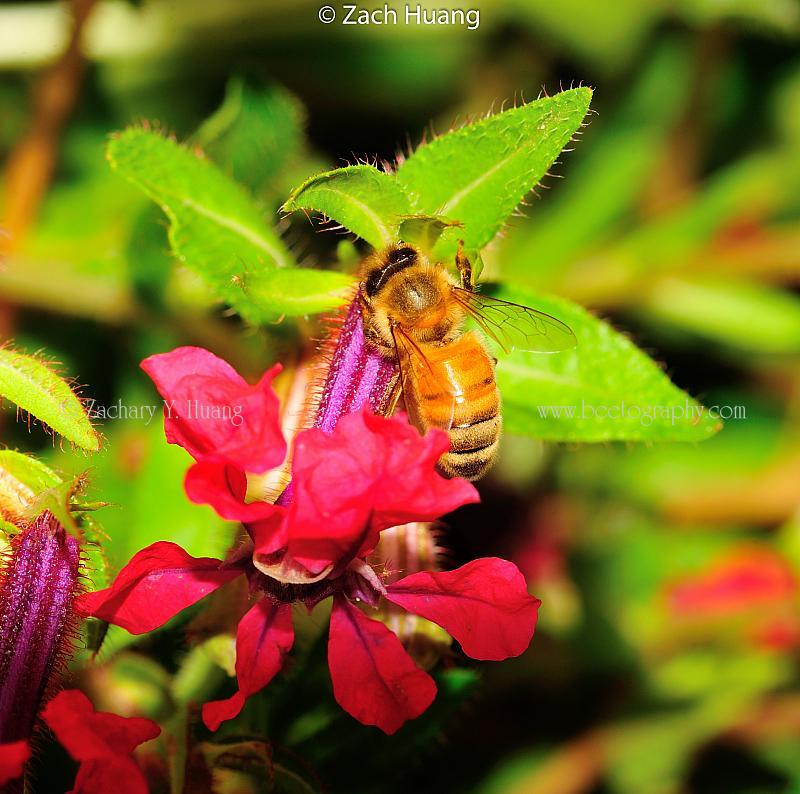 3. A bee just landing on a cone flower to make honey, while two fireflies making love 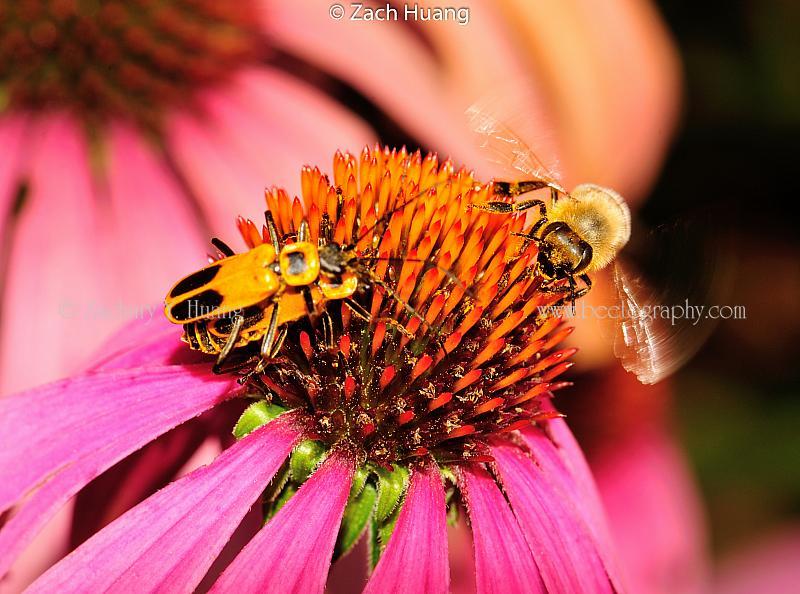 4. A bee foraging on a Celosia. 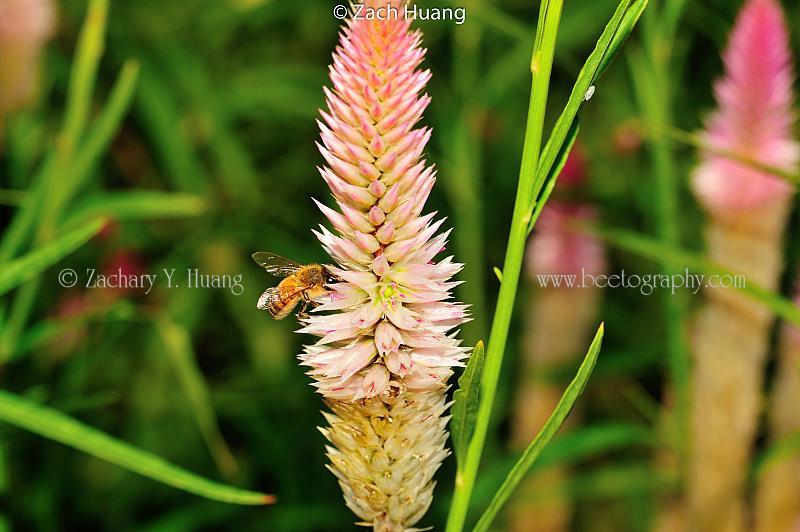 5. A honey bee foraging a type of sumac. It was filled with honey bees but I do not know the species. 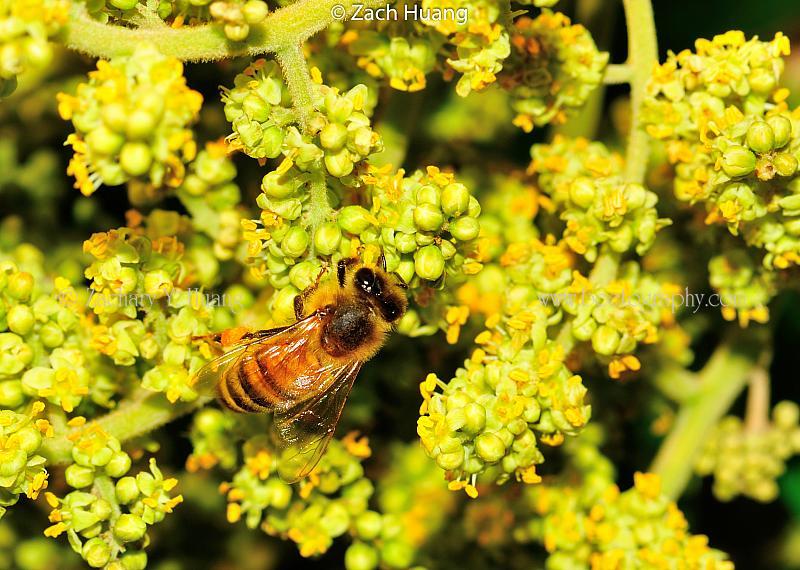 6. A swallowtail foraging on a verbena. 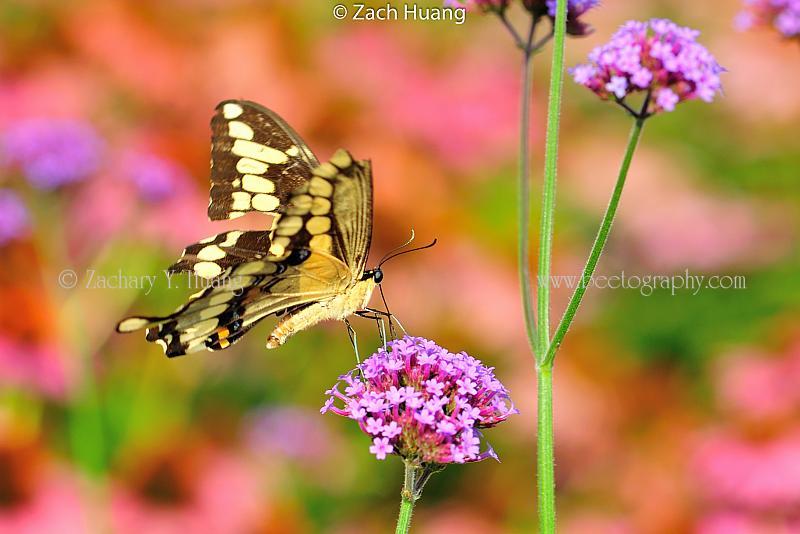 7. I was lucky enough to get really close to the sphinx moth (mostly like a Hemaris, Sphingidae). Usually they are very shy and I could be always 10 meters away. This time I was about 10″ away. 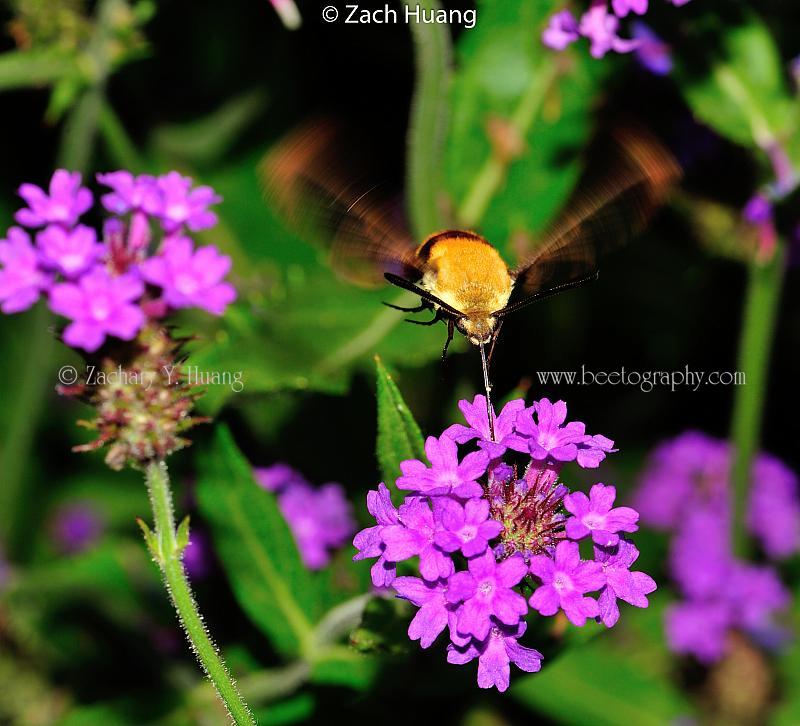 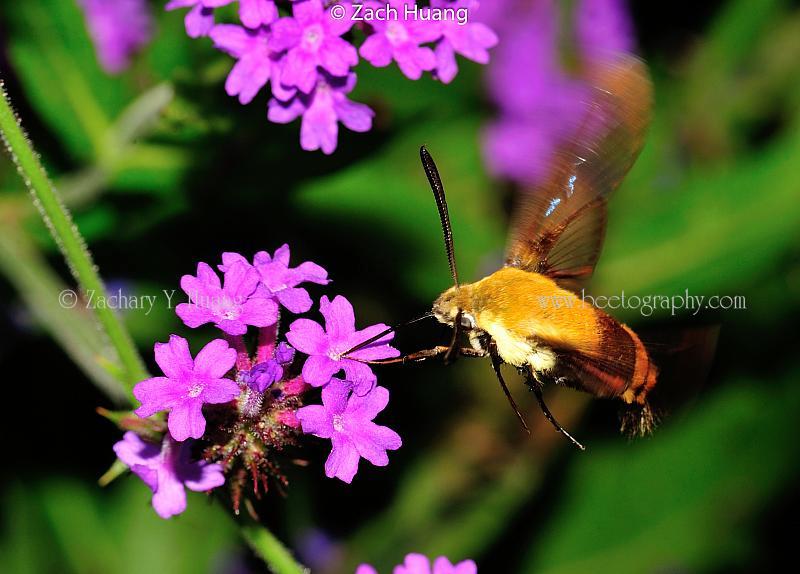 Group photo with only part of the group, by Patrick with a Fuji mirrorless.

Just before my talk. There must be about 70 people? (More people came later). 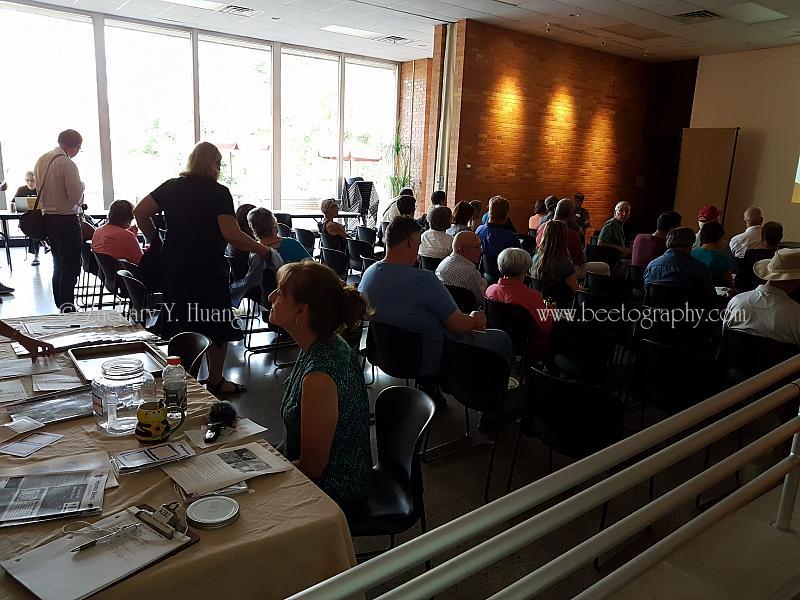 Me answering questions, photo by Patrick

A photo of me talking by Patrick

The following are photos of people shooting in the garden, shot by my cellphone. 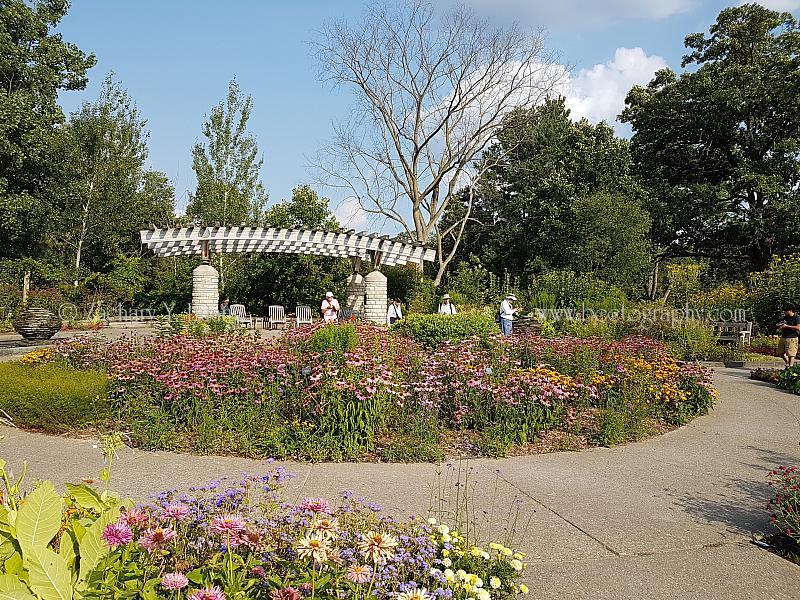 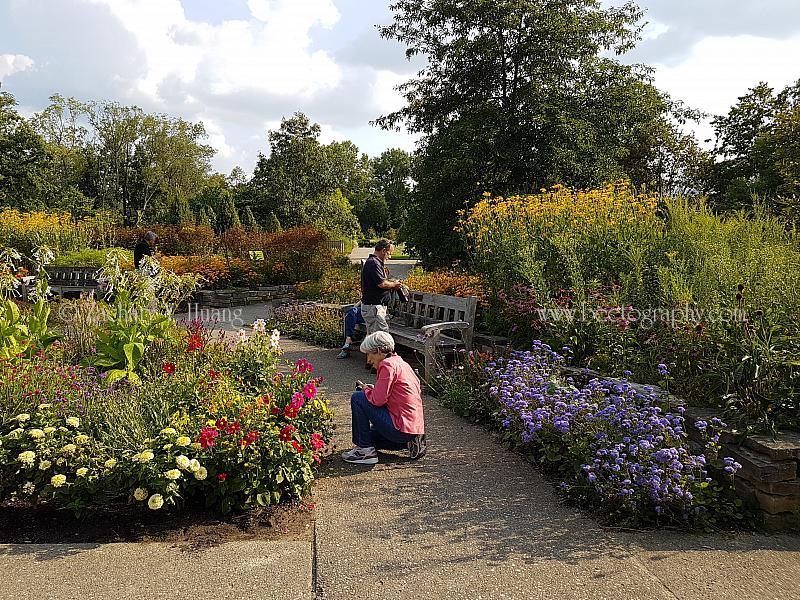 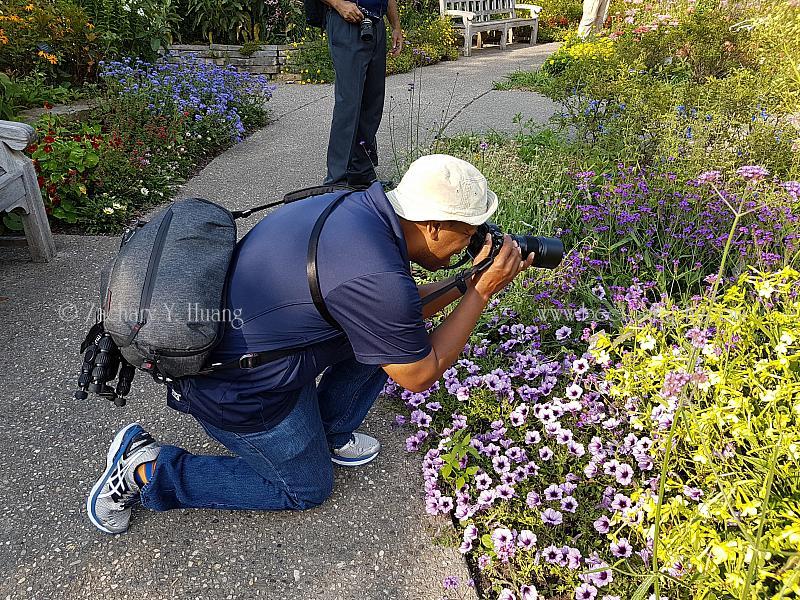