The story goes back to 2004, when I invited a friend and colleague, Dr. Yves LeConte, from France to visit China. Prof. Zhijiang Zeng hosted our visit. Yves and I stayed in the same hotel for about 13 nights (April 10 – 22).

I had in mind to see how far mites can go to change their surface chemicals — the chemicals that insects often use for recognition. Honey bees, for example use these chemicals to distinguish who are their hive mates. In the case of honey bee workers, it seems the smell is a combination of genetics (from father and mother) but also smells from the environment, forming a “Gestalt” of odor.

In the case of the notorious varroa mites, we know that they can change their surface chemicals to match the developmental stage of their hosts: a mite will smell more like a pupae if the host is at the pupae stage, and more like an adult bee when the bee is ready to emerge. I thought perhaps we can challenge the mites to see if they could smell like a honey bee of an entirely different species? Nobody has done this before and this can be challenging. For one thing, it took me several years to find varroa mites on the Asian honey bee, Apis cerana (Ac). So we thought we will just transfer mites from A. mellifera (European honey bees, the only species introduced in North America, Am) to Ac and see if mites will change their smell to the new host. We got lucky and found mites on A. cerana! So we did both transfers: Ac to Am and Am to Ac.

Of course we need to have controls, so some mites remained on their original hosts, Ac or Am, but still transferred to control the handling and experimental conditions.

We then washed each mite and bee pupae carefully after 8 days. The extract was brought back to France by Yves and they did all the chemistry there with the help of another scientist (Anne-Genevieve Bagneres, University of Tours, France) and her colleagues.

When the results came out, we found that mites totally changed their smell! They smelled like their second (transferred-to) host, rather than to their original host! (We are assuming that the different chemicals would mean different smells — we actually only measured chemical composition of the surface chemicals). We were very excited but never had time to finish the paper. I had given various talks about these data for a few years, but it is nice to finally get it out!

One very recent study suggested that the transfer of smell is quite mechanical: even dead mites will obtain some host smell. Our study, though, suggest there might be active processes involved — because mites originally from Ac seems to be better mimickers to the new hosts.

Dr. Yves LeConte holding a frame of Apis cerana brood over his head.. 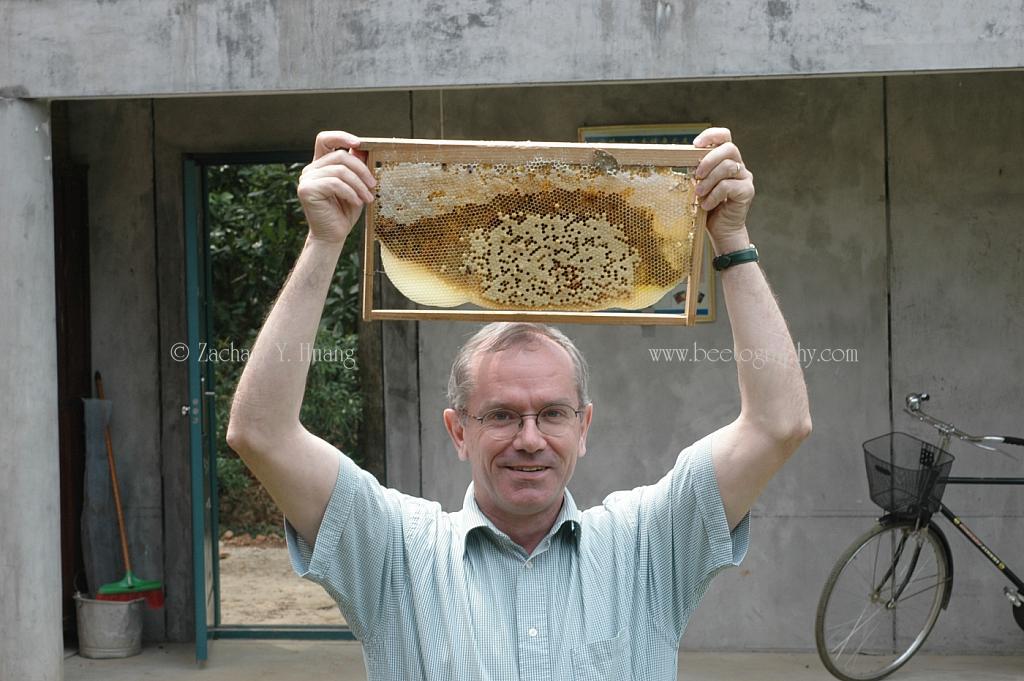 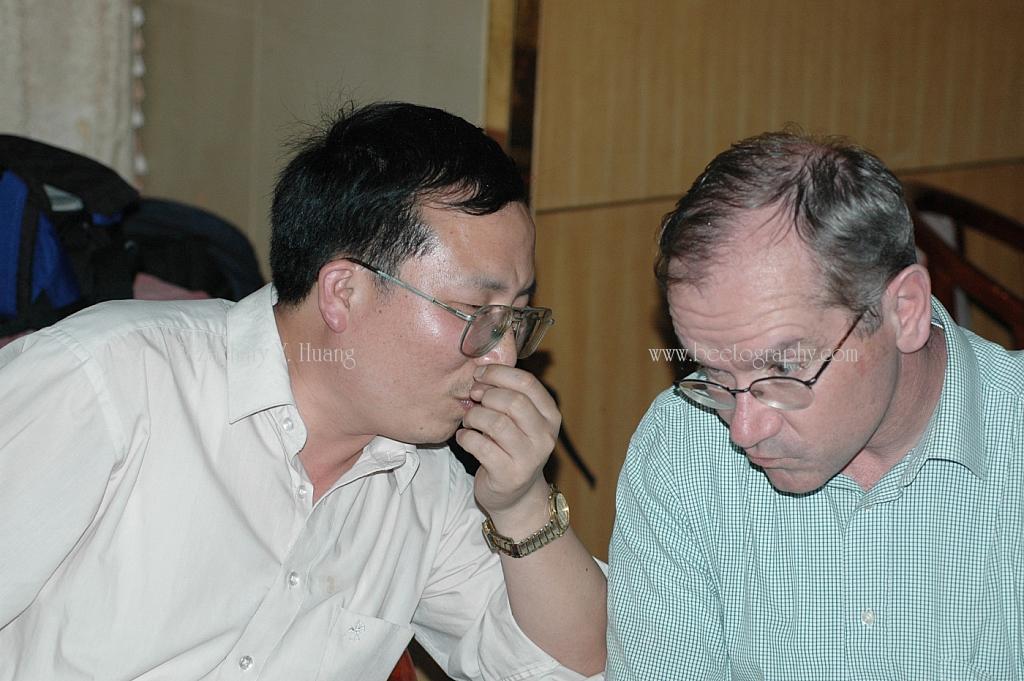 I then took Yves to my Alma Mater in Changsha, Hunan to sample some mites from Apis cerana colonies. I still had my hair during that trip :) 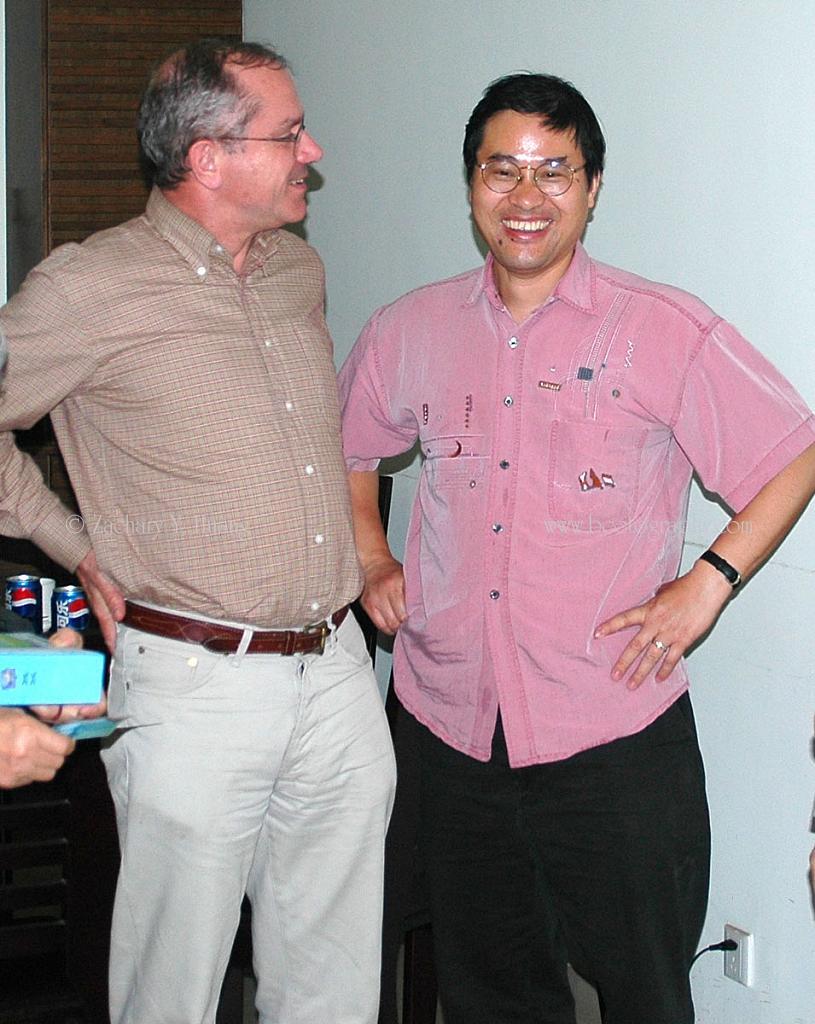 The citation of the paper is:

Here is the link to MSU news, http://msutoday.msu.edu/news/2015/a-smelling-bee/

1 thought on “A mite that smells like a bee”