Yesterday, Sept 1st, 2012. A friend came over and visited me. While seeing him off, I saw many honey bees foraging on the goldenrod in the front garden. Then I saw a tagged bee foraging! I thought very hard about where this bee could have come from,  then realize that a nuc (small colony) used for experiment was moved in by students the night before.

Goldenrod (Solidago sp, Asteraceae) grows in large patches here in Michigan and other mid-western states. It normally blooms around Sept till October, but this year it is about 2 weeks earlier and started more than one week ago.  The most recent issues of  American Bee Journal and Bee Culture both had this plant and a honey bee as the cover (not mine).

1. Green 69 happily foraging on goldenrod which was less than 30 meters away from her home. 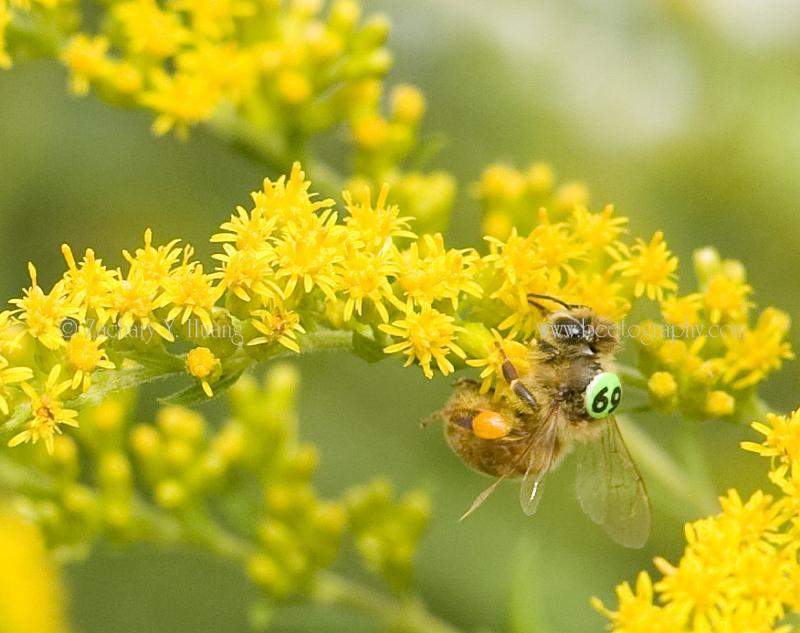 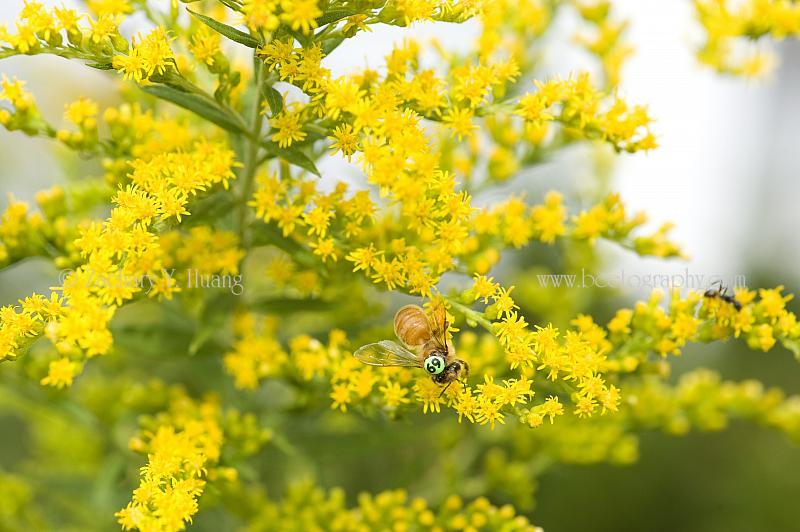 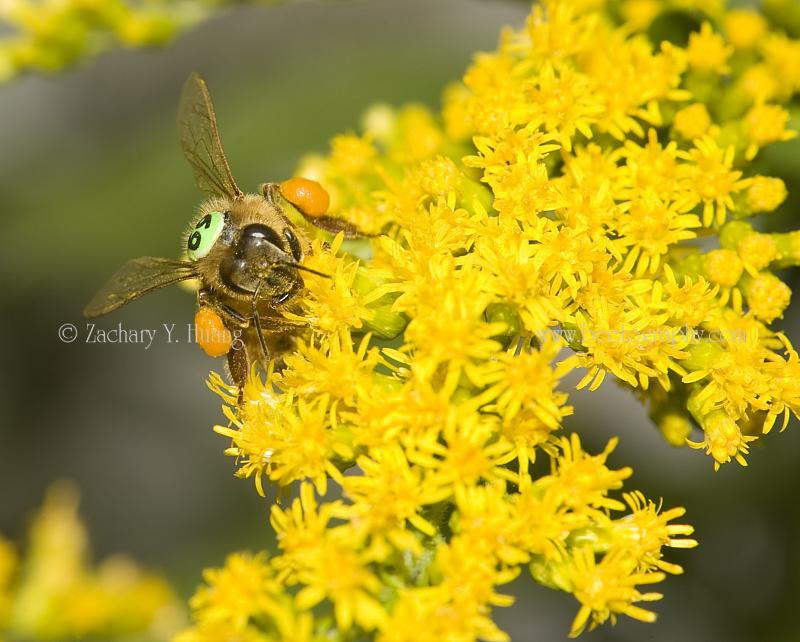 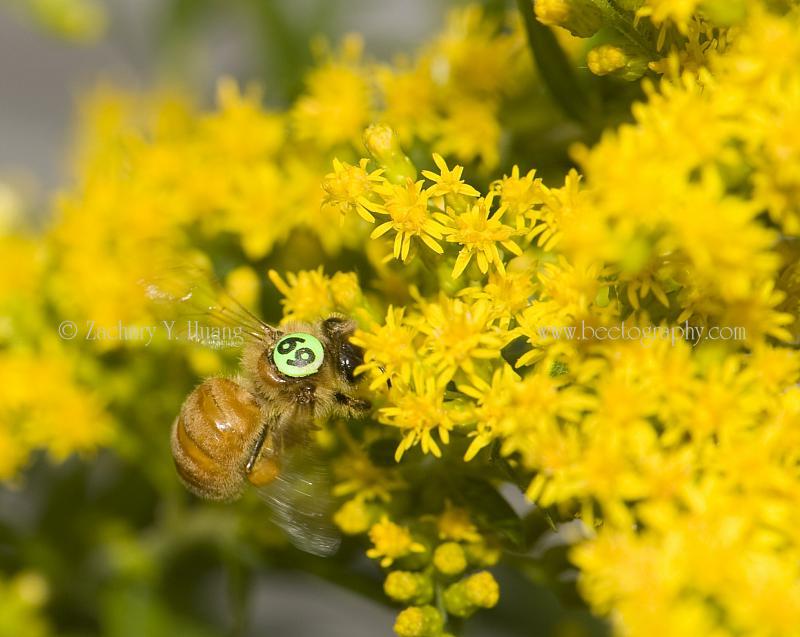 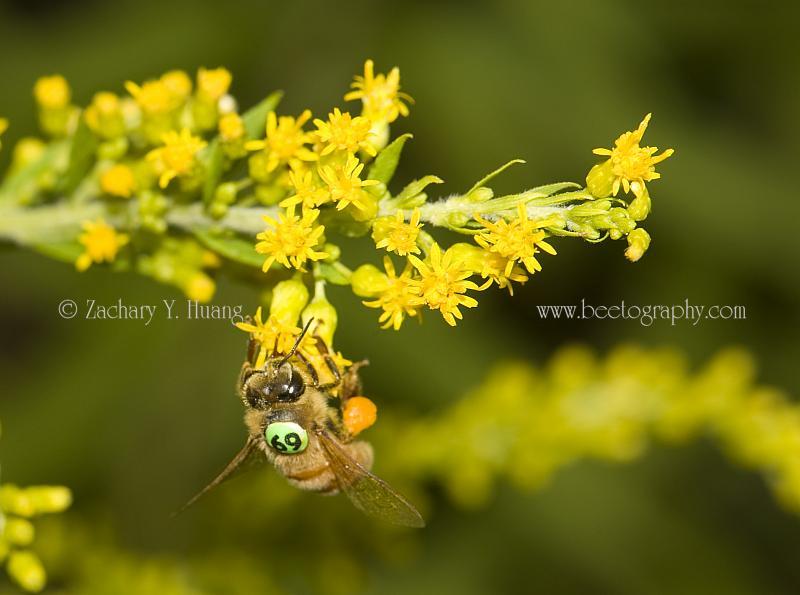 Enough for Green69. There were only two papers, each on an individual honey bee. One was on Red93, who almost only grooms (92% of the time) others worker-mates on the left side below the wing.

So here you are the first blog on Green 69, who forages for both nectar and pollen on goldenrod! This is the first time I shot a tagged bee foraging naturally. Last time I had to cool a tagged bee and stage the shots with a bee on marygold and pea flowers.

6. Another bee from the same colony, painted red, but no numbers since she was not tagged, also forages on goldenrod. 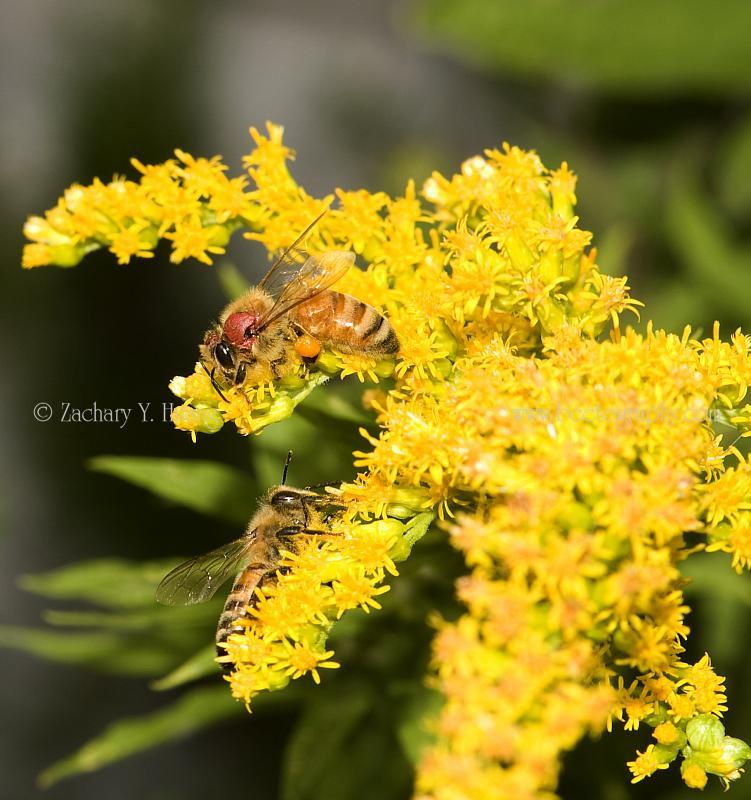 7. Another bee, she is rather common: neither paint-marked nor tagged. 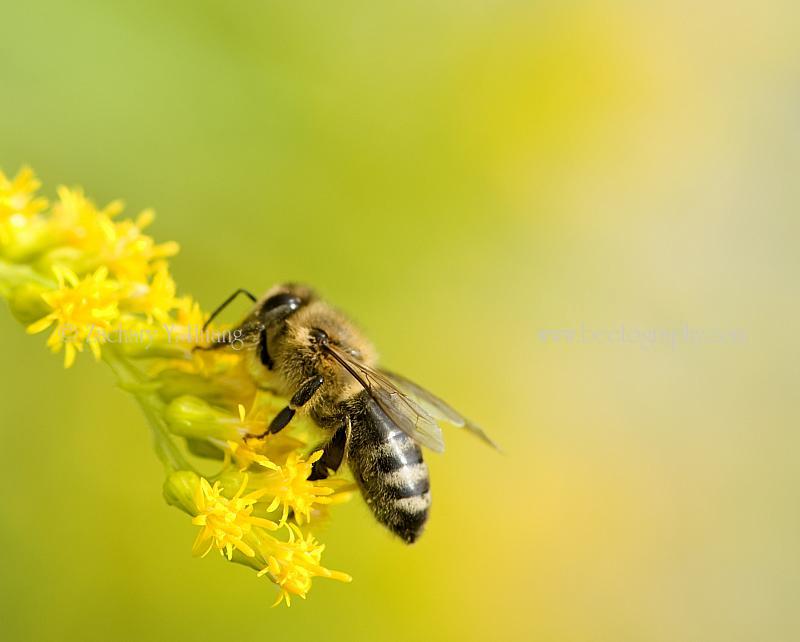 8. A bumble bee working on the same plant. 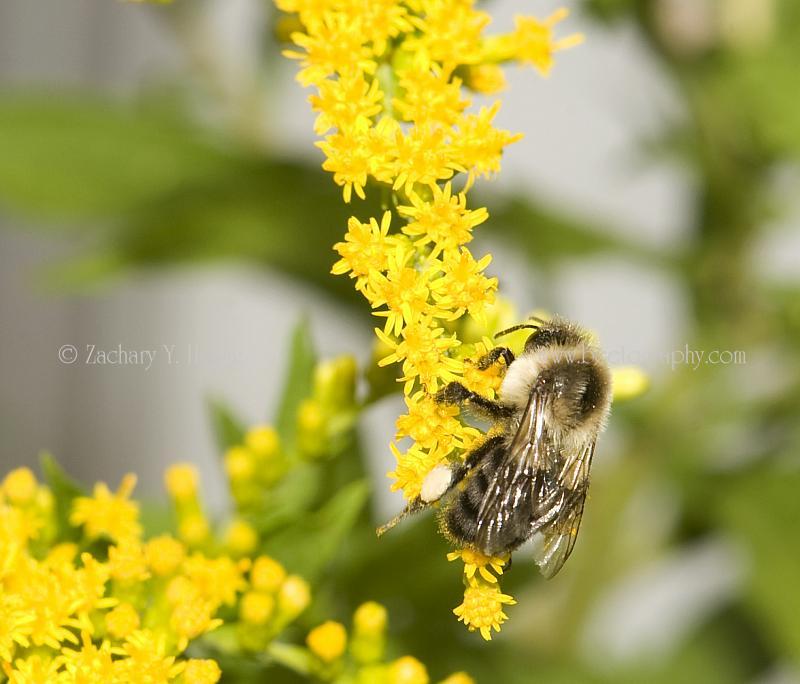 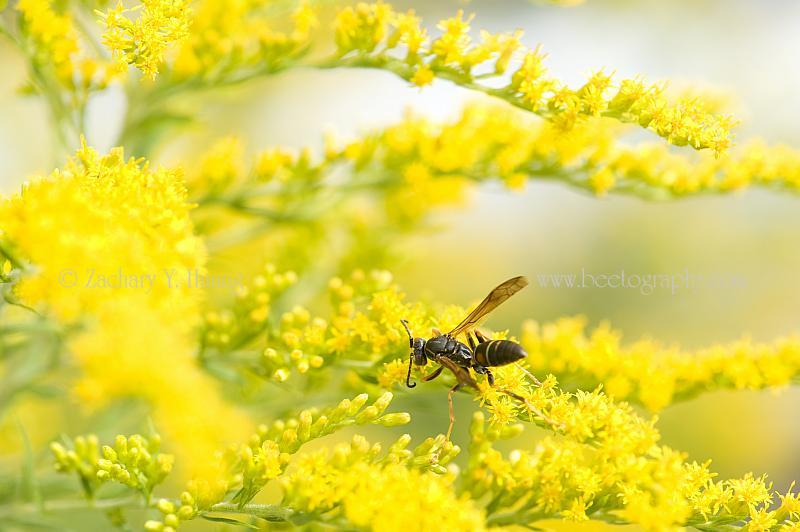 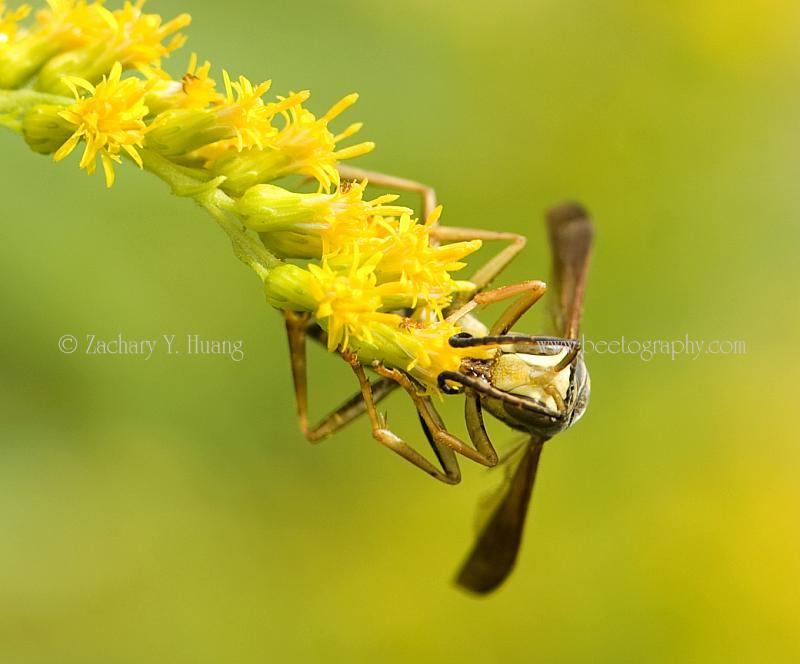 11. The European paper wasp, Polistes dominula, which almost replaced the native Polistes, now seemed to be going down as the other came back. 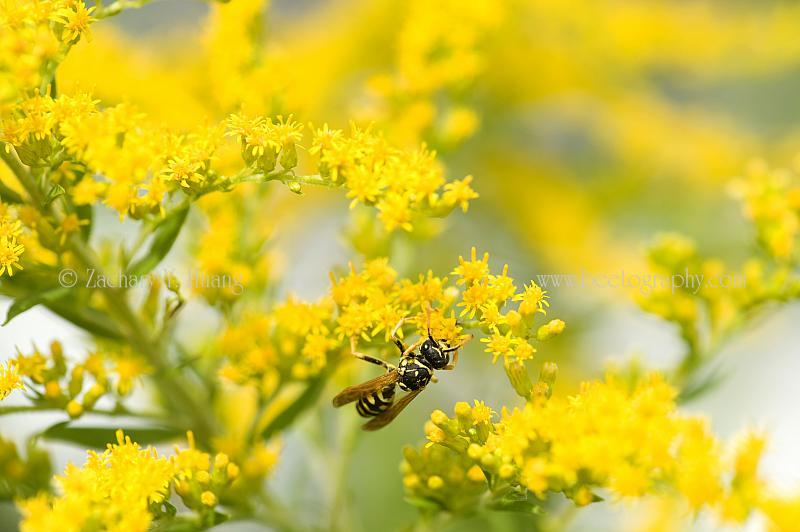 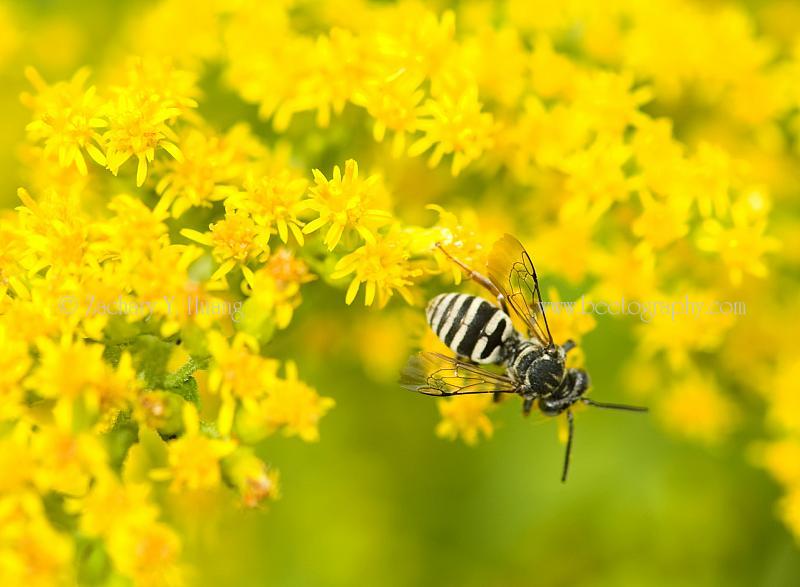