This flower is actually quite pretty.  They remind me of my home town’s Chinese milkvetch which has the same shape of flowers but is a bit more red.  It grows here by the road side and along the highway. This plant is endemic in Asia and Europe and was introduced to the US for erosion control. It grows well in poor soil but does not like shade. In many states now it is considered invasive because it forms large patches of itself excluding other plants. Because its nitroglucosides, it is toxic to none-ruminant animals such as horses, but not toxic to ruminants like cows, sheep and goats. So it can be used as hay for ruminant animals.  It blooms in Michigan most of the summer, it has been blooming for at least a month.

1. I was checking bees for a friend June 21, 2018 and found this large patch of crown vetch by roadside in Okemos. I counted about 10 bumble bees but no honey bees. So that is why I have two ZBAS for the two different bees. This is most likely honey bees’ tongue (proboscis) is too short. 2. A cell phone photo of a bumble bee in flight.  It looks like a queen? This is a bit strange since it is too late for the initial founding queen to be foraging and a bit too early for the new queens. I thought new queens are not produced till late August.  So I am confused. 3. An old photo taken a while back. The inflorescence is a bit like white clover in shape also. 5. The pollen is also dark grey, like white clover’s pollen. 6. I guess bees were too fast on these flowers and I never had a super great photo. 7. Nothing is good enough as a cover photo anyway. 8. This bumble bee photo might be good enough for a cover? Update: I finished beekeeping around 6 yesterday (July 13, 2020) and thought to check the older patch of crown vetch again. I remembered it was near the MSU Federal Credit Union near College and Mount Hope rd. Indeed they are still there!  Again lots of bumble bees but I did find 2 honey bees and one was very cooperative, but I only had my cell phone. Still a few good shots.

9. This bee was very cooperative (unlike last time!), but alas I only had my cell phone. The Samsung S9+ has a decent camera which boasts 12 megapixels (the same as my Nikon D700!). But only about 70% of that in reality because at 100% crop is not usable (too noisy and no details).  But for web use like this, is it good enough.  You can see this bee had some pollen but she is mostly trying to get some nectar. 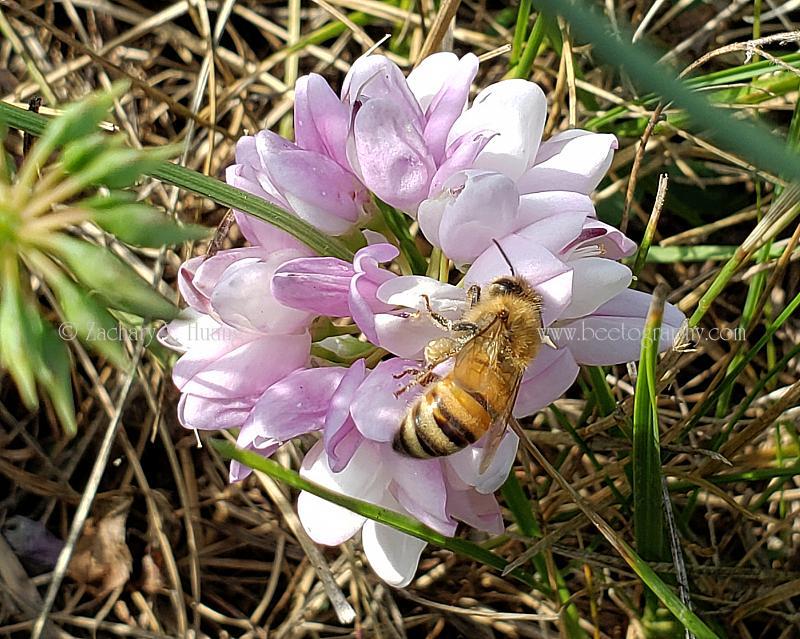 10. I was lucky to get her in flight (unplanned), due to the long shutter delay. 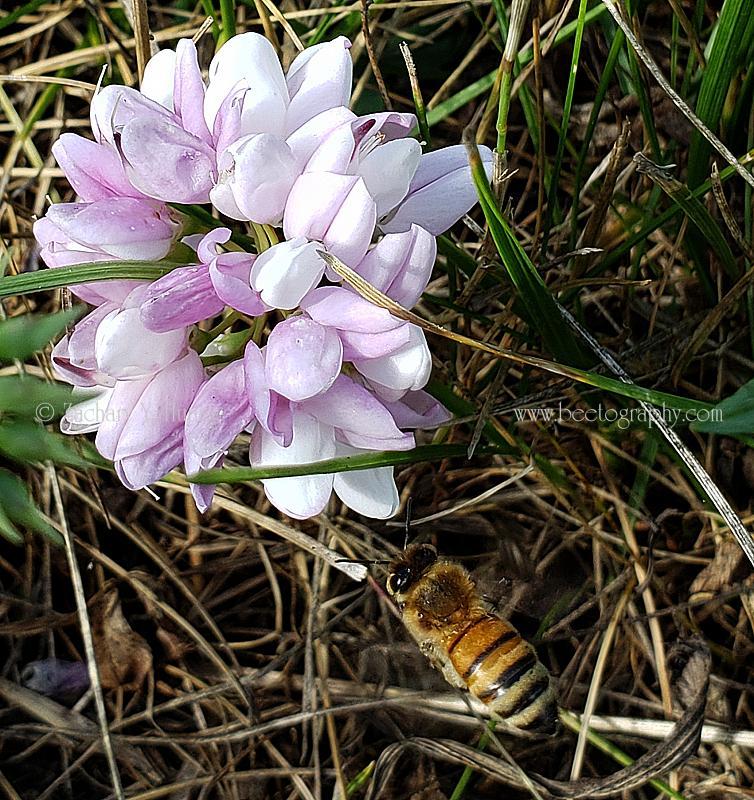 11. Another one in flight, but the cell phone image had some artifacts on the left wing (just above the “togra” in the water mark). 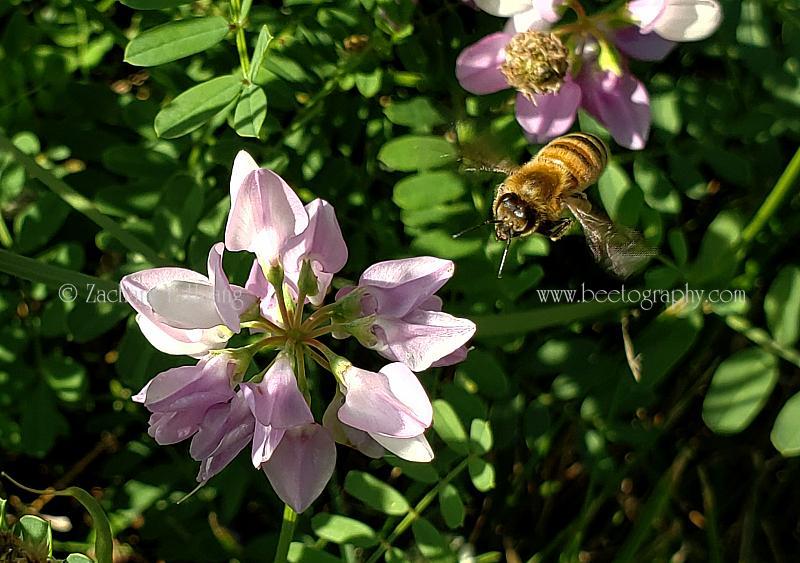