Obviously it would be a yes! but I have never seen bees on them in my own garden. Right now ants are working on the unopened bulbs of peonies. But I know that bees do forage on them because last time I took photos of them when I was at the Beijing Botanic Garden which was quite close (less than 1 km away) to the Honey Bee Research Institute of CAAS (Chinese Academy of Agricultural Sciences). That was April 2001, when I was armed with my (still working) Nikon CP990 (3.2 megapix). I thought it was time to update these photos, but my only chance would be at the same place where bees are plenty and for some reason they do visit on these flowers. The fact that I saw bees foraging on boxelders (and willows) in Jilin one week earlier, tells me that sometimes you need lots of bees close-by to see them foraging on a certain plant. Ditto for seeing tons of bees on redbuds in Jiangxi (again I have looked, and waited for bees to appear on these flowers in Michigan but to no avail).

So I set off to the garden at 7 am with a ride from a friend, the day before I left China, May 7th. To my dismay I found 99% of flowers gone in the tree peony (tree peonies have stems surviving the winter and blooms earlier) garden. Luckily I saw peonies (peonies have their stems die off during winter, but their roots remain alive as a perennial) still going strong next door. I happily spent the next hour also shooting them and hunting for bees. I did not see Apis cerana on these flowers, but they were close-by since I later found both species foraging on sumac flowers. .

1. The red ones has strange reflections that I did not see with my naked eyes but my camera would show it. No, I did not use flash. These are reflections of the sunlight. 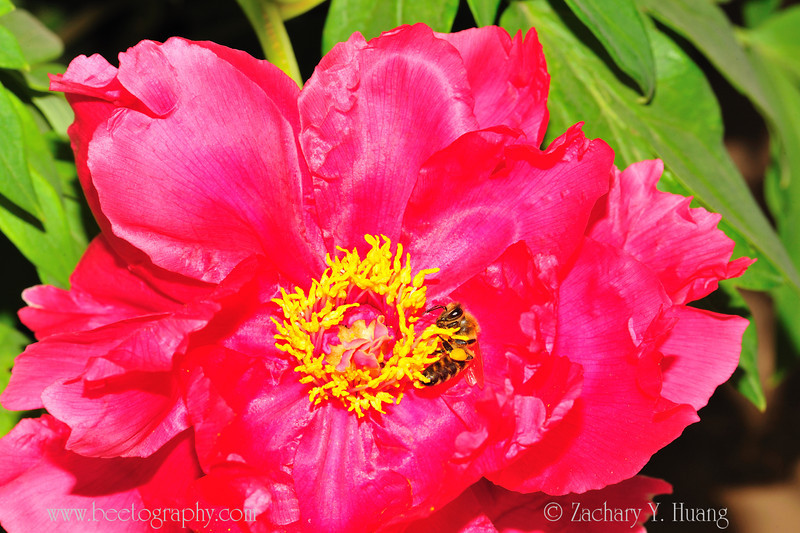 2. The same in a different posture. The bees seems to be getting both nectar and pollen, but perhaps mainly pollen. 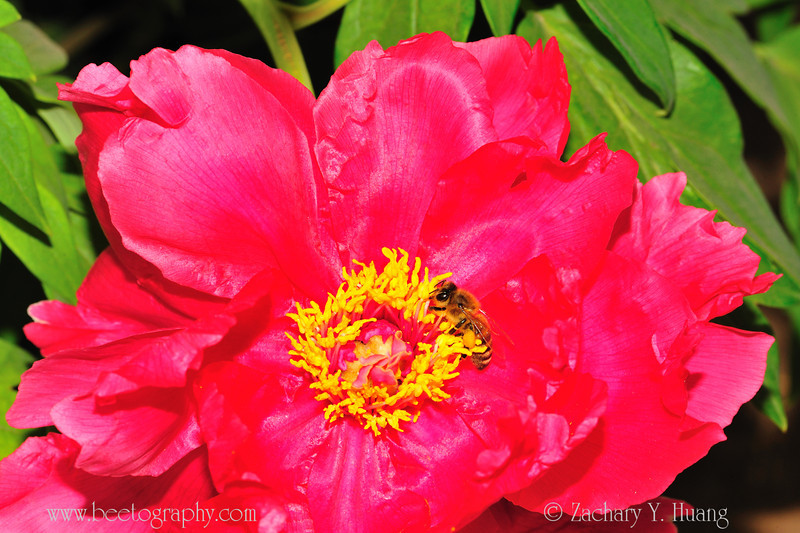 3. This one on a white flower. 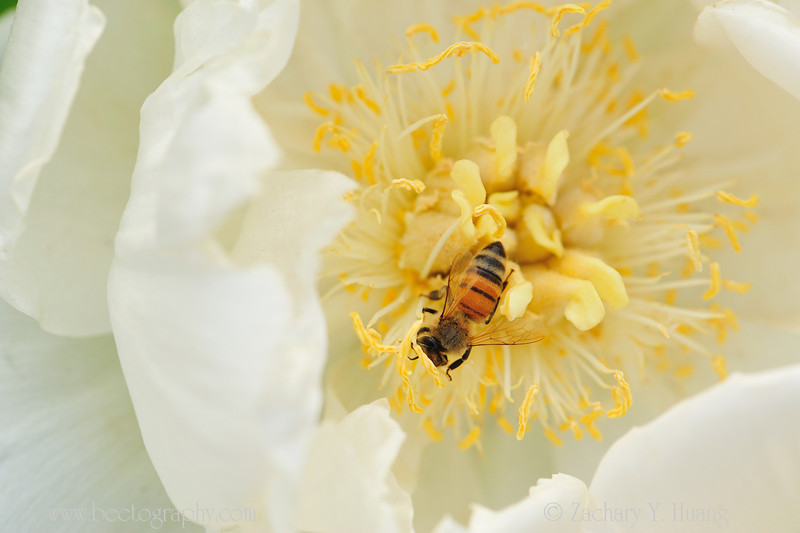 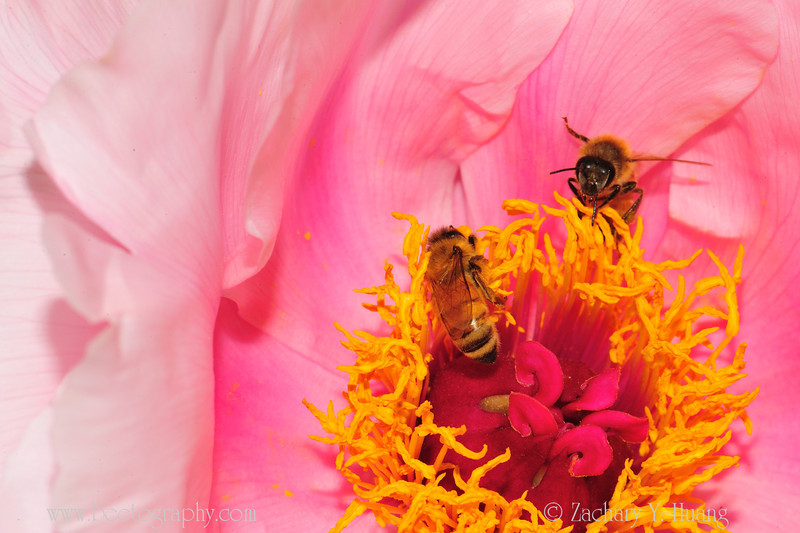 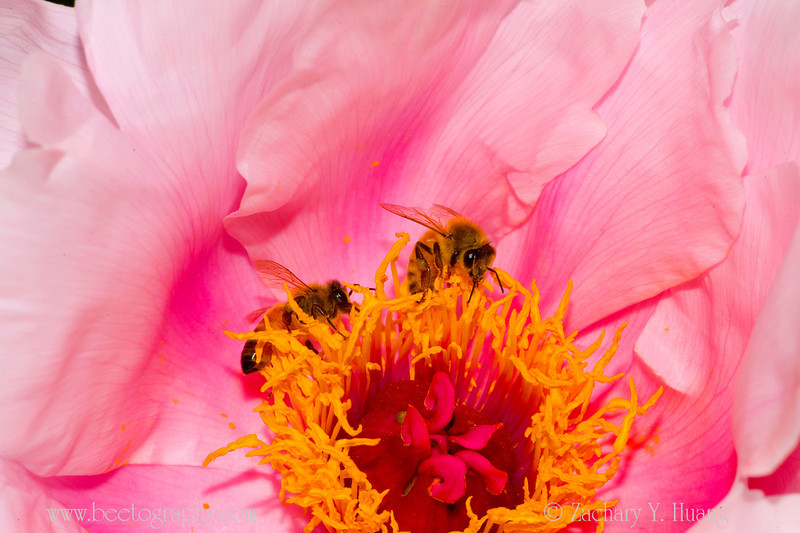 6. Do bees have aggregation pheromone or not? Notice no bees on the left one but more than 5 on the right one. 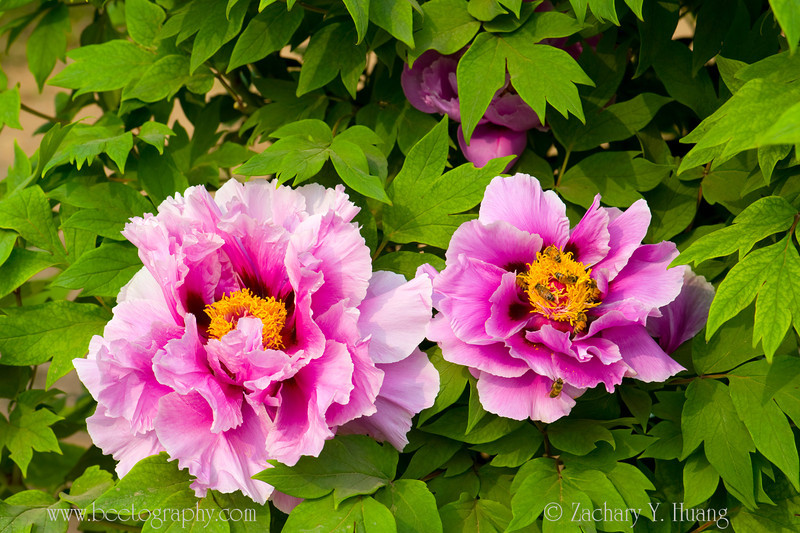 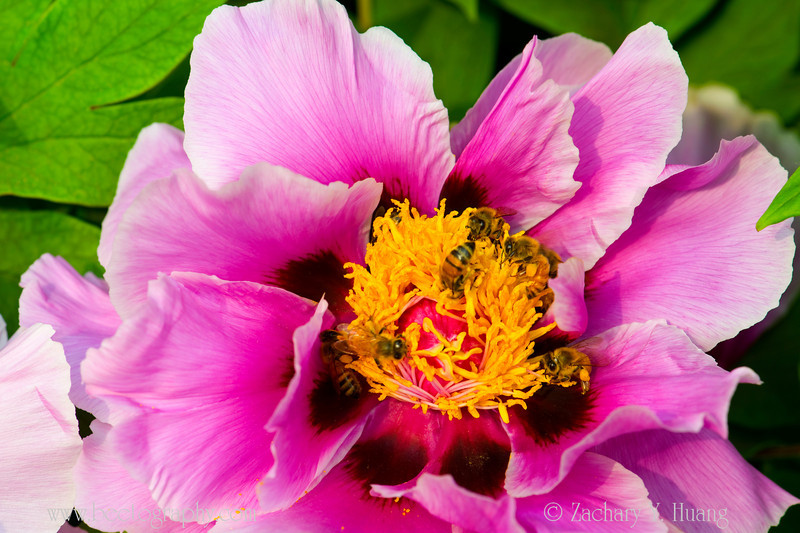 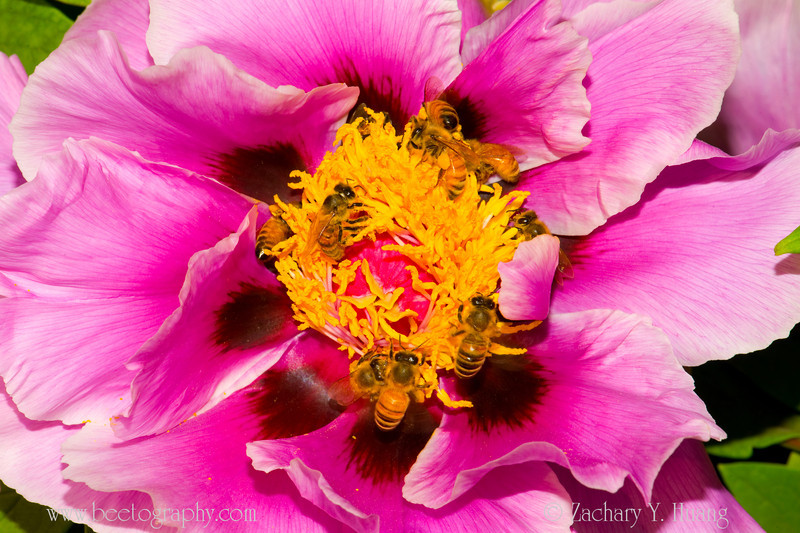 9. A white one with lots of bees also. 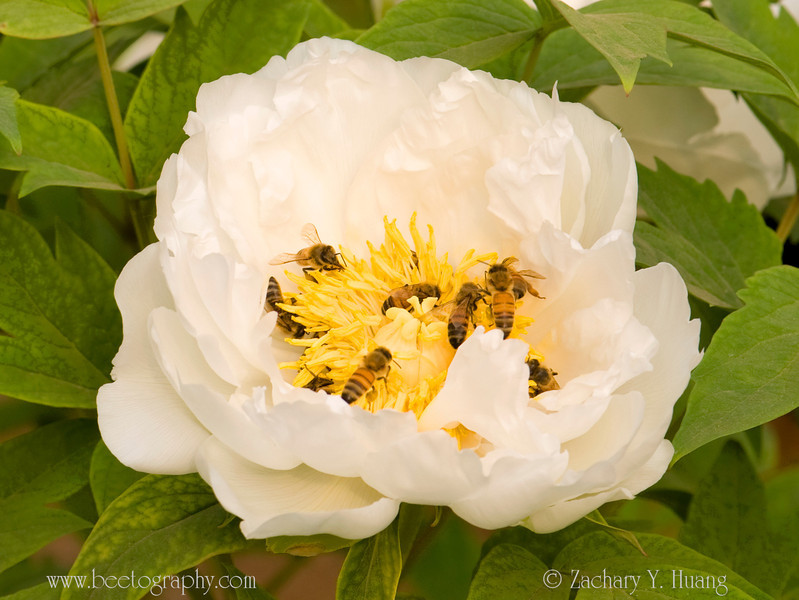 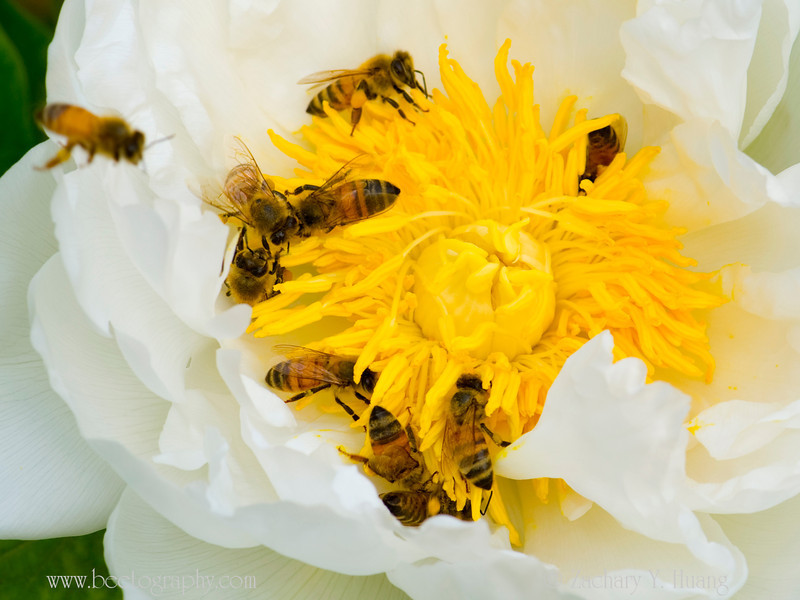 11. They were in a frenzy to dig for the pollen, biting and tearing the anthers. 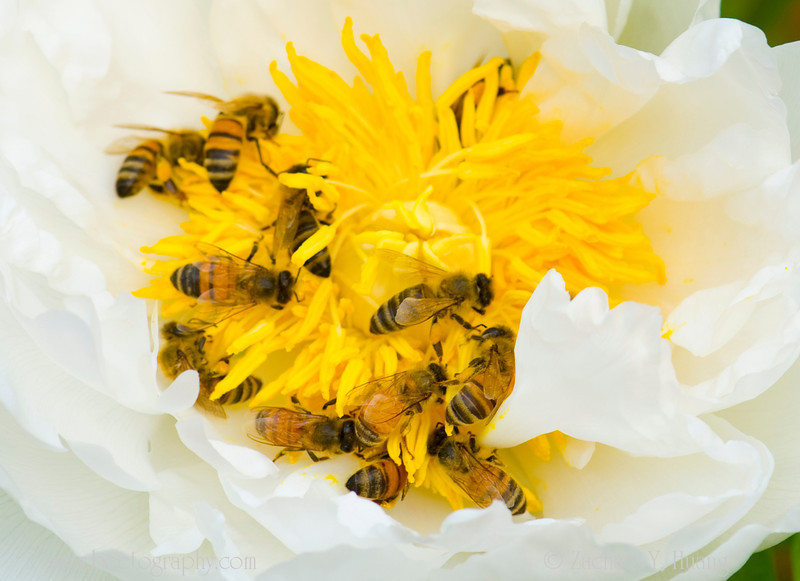 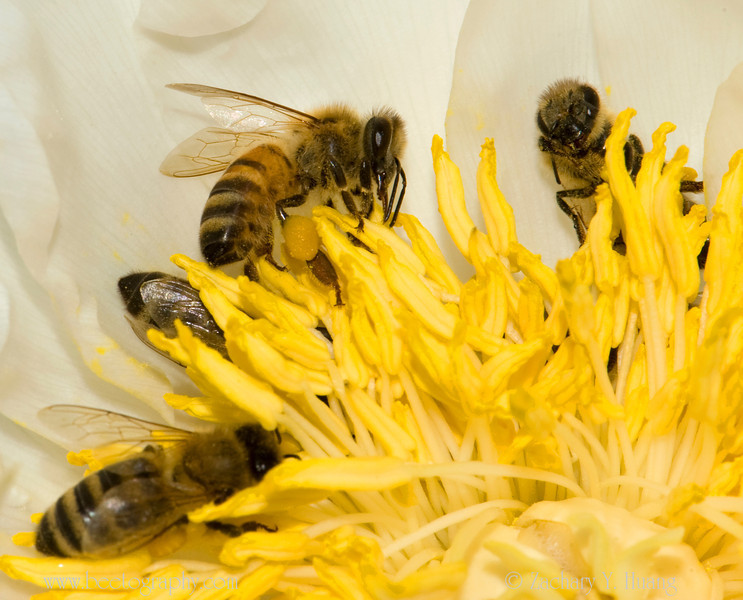 6 thoughts on “Do bees forage on peonies?”